The privacy and security of online communication are hot topics these days, and for a reason. Since we know how to create an encrypted app, we’d like to share our experience and offer tips in this article. We’ll talk about the current state of the industry, encryption methods, and possible risks. For a price estimate, scroll to the end of the article.

At the beginning of 2021, WhatsApp, the most popular messenger app in the world, rolled out its new terms of service. They caused quite an uproar, partially due to confusion. After that, Tesla CEO Elon Musk, who’s a well-known critic of Facebook (WhatsApp is owned by Facebook), suggested that his 42.5 million Twitter followers switch to Signal, a previously not very well-known messenger.

In the wake of this tweet, Signal — whose encryption system WhatsApp itself uses, by the way — saw a surge in users. This surge was so big that servers had difficulty coping. Signal’s developers managed to handle the situation, but it showed that demand for secure messaging systems is on the rise. Now, everybody wants to know how to create an application like Signal. Which brings us to this article.

What does it mean to have a secure instant messenger?

Most instant messaging apps today use end-to-end encryption. What is it? Here’s a diagram of a chat application architecture as an example: 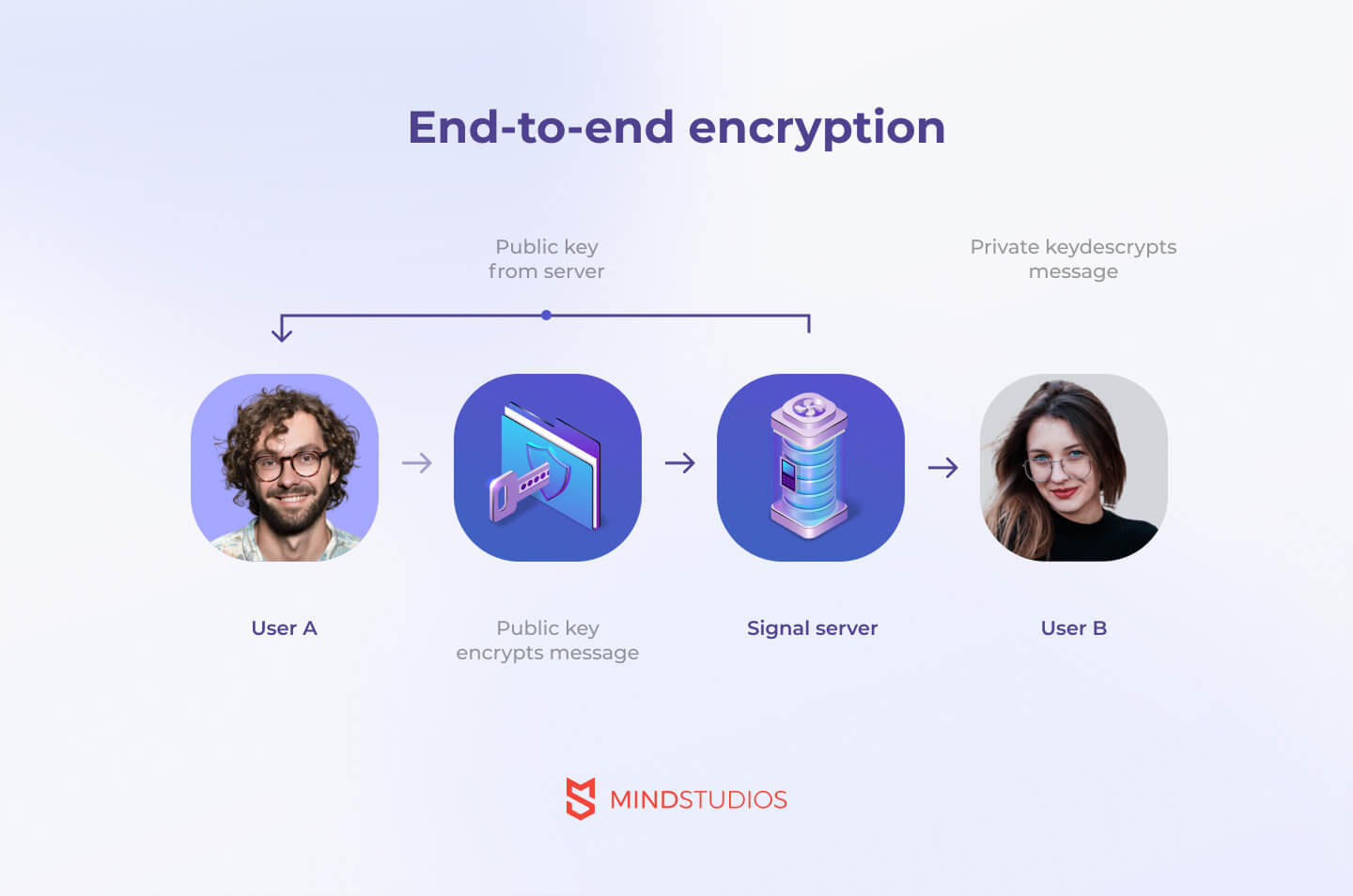 A message is sent by a sender to a recipient via a server. Without encryption, this message will be transmitted as plain text and can therefore be read by anyone with access to it at any point along the way. With encryption, the message is transformed from plain text into cyphertext — encrypted with a key — for transfer and then transformed back (decrypted) on the recipient’s device, with a paired key.

End-to-end encryption means the encryption keys are stored at the ends, i.e. on users’ devices, instead of on the server. This makes it so that no one except the sender and receiver can read the messages. Not even the service provider who owns the server has access to them. To hack these messages, a hacker needs to access users’ devices, as hacking the service provider’s server is of little use.

The weak point of end-to-end encryption is its susceptibility to a so-called man-in-the-middle (MITM) attack. Skilled MITM hackers can hack the public key stored on a server and configure the system to recognize the hacker as a rightful recipient, allowing the hacker to eavesdrop on a conversation and even participate in it in place of the intended recipient.

To battle MITM attacks, Signal developers have further upgraded their protocol’s end-to-end encryption with a Double Ratchet Algorithm. This algorithm creates session keys in addition to the public and private keys created when users install the app. Session keys are created for each message sent, and they self-destruct when the session is complete (i.e. when the message is received), making it impossible for a hacker to decrypt all messages if they manage to obtain the key for one session.

WhatsApp uses end-to-end encryption for all its messages. In fact, it uses Signal’s own encryption protocol. So what’s the issue with it now? 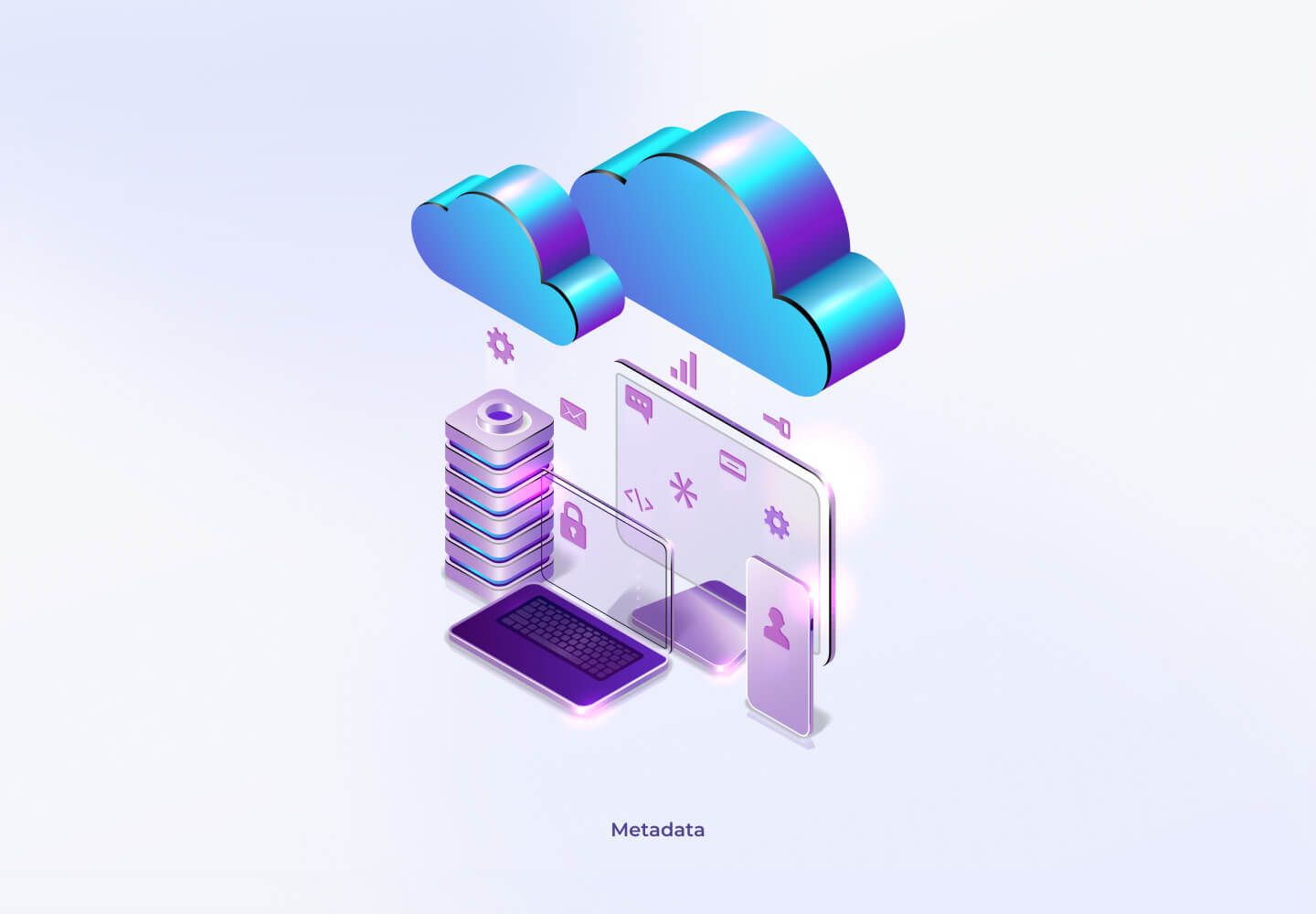 It’s true that WhatsApp can’t snoop on the contents of your messages and can’t listen in on your in-app calls. However, the version of Signal’s encryption protocol that WhatsApp uses only encrypts the contents of messages. This means that WhatsApp — and, by extension, Facebook and anyone they decide to share the information with — can see who you’re talking to, when, and from where. This metadata can reveal very personal information about all participants in a conversation.

At the same time, the Signal app uses an updated protocol that encodes metadata as well, and no one — not even the app’s owners — can decode it without direct access to users’ devices.

Besides, as per Signal’s Privacy Policy, almost no metadata is stored on their servers permanently — only as long as it takes for a message to be received. Then everything except the date of the user’s last login is deleted.

The only other messenger app that does this is Telegram. However, in Telegram, end-to-end encryption is only applied in secret mode and not to all chats by default. General messages aren’t well-encrypted on Telegram. At least Telegram refuses to share such information with anyone, be they governments or advertisers.

Today, messaging app security is a huge topic — a messenger’s inability or unwillingness to share users’ information with governments is often met with limitations and bans. Telegram, for example, has been banned in Russia, its creator’s homeland; the United Arab Emirates has banned all non-state-owned VoIP services. As a response, people everywhere demand more safe means of communication, and the market for secure mobile messaging apps is growing.

So how to make a secure messenger? 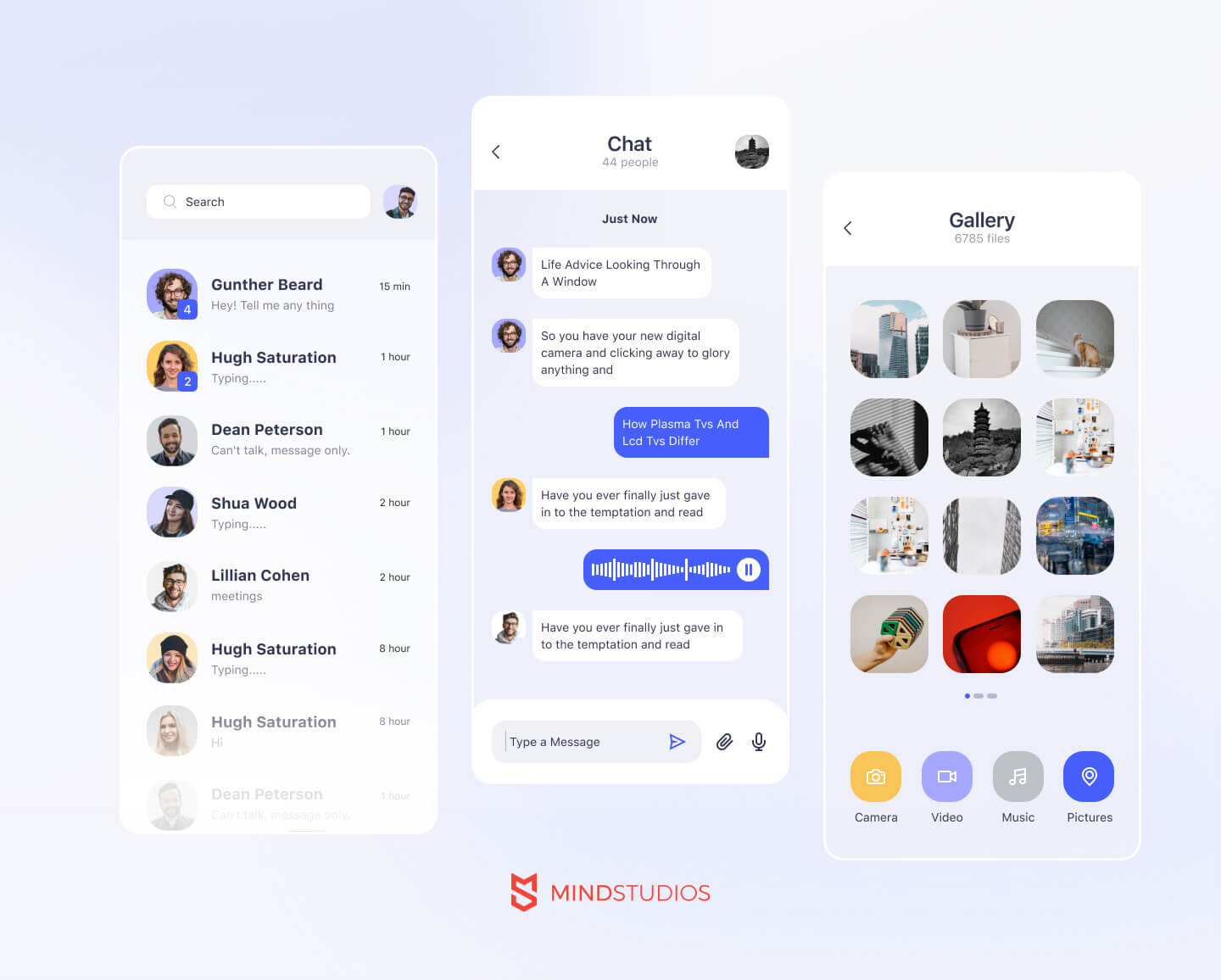 If you want to build a peer-to-peer messaging app that stands out from the crowd, consider these features:

Read more: How To Make An App Similar To SnapChat?

How to secure a messaging app

The back end is where the magic happens in messengers. Backend specialists are responsible for your chat app’s security and reliability, as they’re the ones who know how to encrypt messages.

There are several ways to implement end-to-end encryption and make a communication app secure. Usually, encrypted messages are stored on a messenger’s servers — cloud servers are more secure and thus recommended for this purpose — and decryption keys are only available from users’ devices to avoid a data breach in case the servers are hacked.

It’s also possible to forego storing messages on your servers completely and store them on users’ devices. But that means your users won’t be able to restore their message history in case the devices on which they’re logged in are lost or they delete the app. Syncing messages between devices will also be impossible.

To make a secure messaging app like Signal, you can actually use the encrypted messaging API from Signal itself. Signal’s open-source encryption protocol is the most popular among developers building messengers, as it’s constantly peer reviewed and audited. As of the time of writing, the following messengers use Signal’s protocol to encrypt the contents of their messages:

Telegram uses its own 256-bit symmetric AES encryption-based algorithm called MTProto for secret chats. This algorithm is closed-source, though, for which Telegram has been widely criticized. 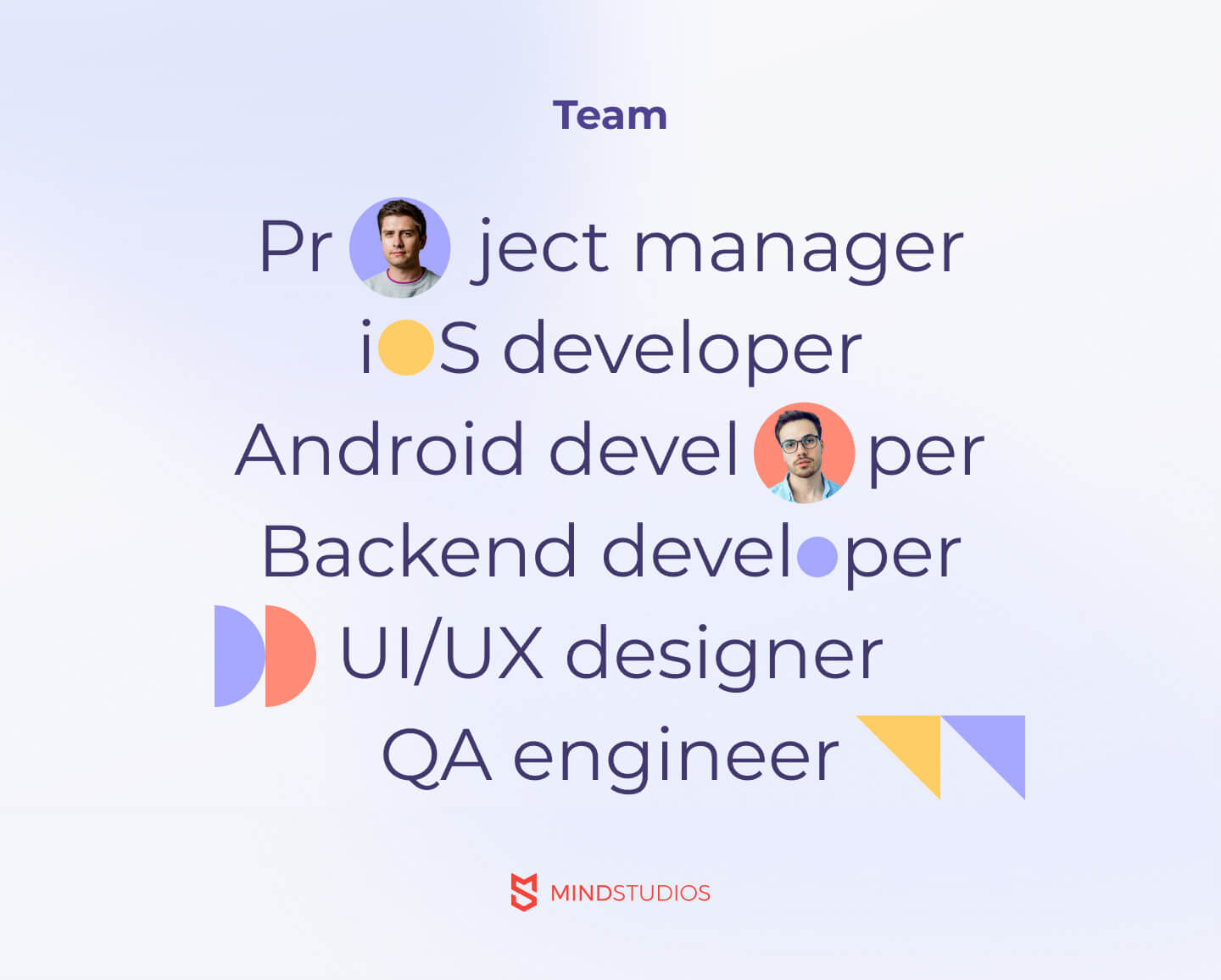 The cost to make any app depends heavily on the time required for development. As far as the number of features goes, messengers don’t seem too complex; however, the back end alone for a well-encrypted messaging app can take about 520 hours to build.

The usual programming language options for a messenger back end are Elixir or Erlang — Ruby on Rails isn’t a good choice for a big amount of data in the form of text messages, media, and audio/video calls. WhatsApp uses Erlang, while Elixir is employed by Discord.

Read more: The role and value of project managers in the app development process.

At Mind Studios, we developed a messenger app with an Elixir-based back end. However, Elixir itself is based on Erlang with some Ruby mixed in, so an experienced Elixir developer can write code in Erlang as well.

Here’s our take on the time necessary for developing a secure messaging application:

Android development takes slightly less time than iOS development, but testing takes longer due to the wider variety of devices.

With this rough time estimate, the cost to build a really safe chat application will start at $51,590 and will go up with extra features.

Secure messengers are exceptionally important, and the demand for them is high today and will be higher tomorrow. But so is the competition. Not every company can make encrypted messaging apps. To develop a secure instant messaging app like Signal, you’ll need developers experienced in this niche.

You’ll also need to keep up with industry leaders when it comes to design. The Signal app is simple and isn’t famous for its intuitiveness, but it wins over users who care about their privacy more than about bells and whistles. WhatsApp and Telegram, on the other hand, look fancy and are exceptionally intuitive in addition to being secure (while their security might not be on the same level as Signal, it’s still impressive). So to shine brightly in this niche, your custom app will need to be both secure and user-friendly. Balancing these requirements is no trifling matter. But with the right team, it’s possible.