In this guide, we lay out in simple terms how to make an idle game when you’re not a developer yourself.

How did incremental games, also known as clicker games or idle games, become so popular? And how can you make an idle game? If you’re interested in answers to these questions, you’ve come to the right place. If you decide to outsource your idle game design to a game development company, here’s what you’ll get.

What are incremental games?

Incremental games, clickers, idlers, self-playing games — these games go by many names. But no matter what you call them, the core idea of these mobile games is that progress can be made without a player’s constant involvement. You start with furiously clicking (or tapping) the screen to earn in-game currency and buy upgrades. After that, you can put the game away and just check it once in a while; your purchased upgrades will earn money for you.

The mechanics are exceptionally easy. Idlers require a single action: clicking. You click to receive currency and click to spend it on upgrades. That’s basically it.

Sounds way too simple to be truly engaging.

Why have a game you don’t really play?

Surprisingly, idle games have high retention rates, and among core gamers to boot. Users continue to come back to them even after weeks of playing. Why?

The psychology behind mobile idle games 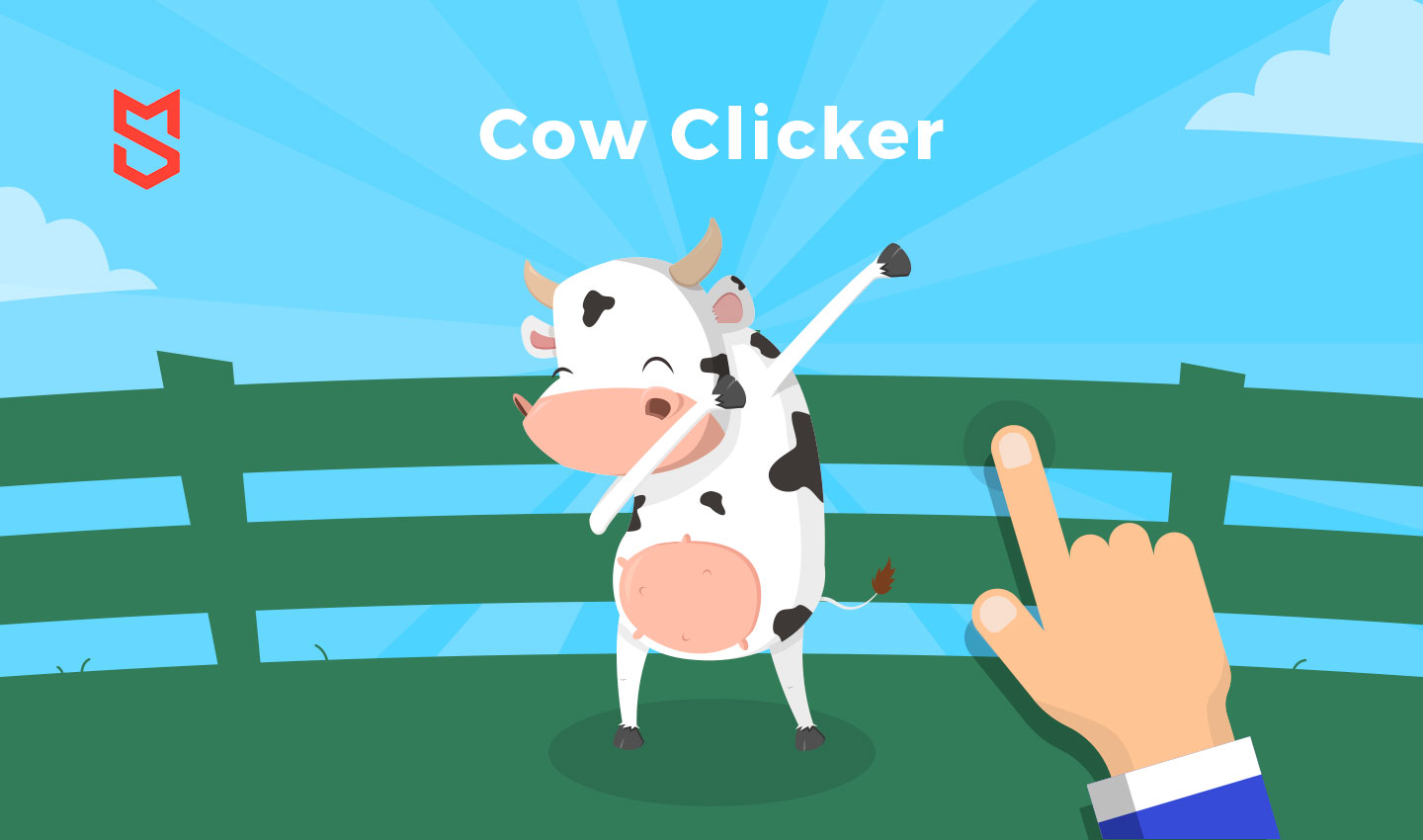 Fun fact: One of the first clickers — called Cow Clicker — was built to mock what the creator (Ian Bogost) saw as the oversimplification of social games. And it became a hit in no time. The inexplicable logic of this phenomenon is bugging people to this day.

But if you really think about it, the concept is tempting. Who wouldn’t want to get money without lifting a finger? Quite literally. You go about your regular business — work, school, maybe even some other game that actually requires your attention. And when you check your clicker, you’ve got more currency than when you left. If only real life was this easy.

At the same time, idle games still pose a challenge. Upgrades get more and more expensive with each new level, and eventually, a player has to choose which upgrade to spend their currency on. Which investment will bring in revenue faster? What upgrades should you combine? This choice allows players to feel smarter by being better strategists.

Another major selling point of idlers is that they let a player take as long of a break from playing as they want. There’s no pushing you to come back when "your energy has been restored" — which also always happens when you’re busy. A clicker can play itself in the background for hours, days, or months. You can go back to it when you’re ready. In the end, players come back sooner rather than later. And, what’s more important, they come back to stay.

What’s in it for idle game owners?

Entrepreneurs and individual developers alike are jumping on the incremental game bandwagon. There are many reasons for developing an idle clicker game:

From whatever side you look at them, idle games are a win for owners. That is, if they’re made professionally and marketed properly.

If you are intrested in idle game development, you can always contact our team for a free consultation.

When talking about idle games, the first that comes to mind is Cookie Clicker. This game, not too surprisingly, invites you to tap on a big cookie! Each tap on the screen earns you cookies with which you can buy upgrades: Hire grandmas to bake more cookies, build cookie factories and mines, and more. The upgrades will then earn you cookies even when you’re away and the game is in the background. No need to tap anymore. With more cookies, you can buy more upgrades and speed up cookie making. Rinse and repeat. Endlessly.

Similar to the Cookie Clicker in mechanics, there’s the popular AdVenture Capitalist — an idle clicker game where you build a business empire starting with a single lemonade stand. After its huge success, the market got full of any and all kinds of idle games where the player becomes a tycoon of some sort. 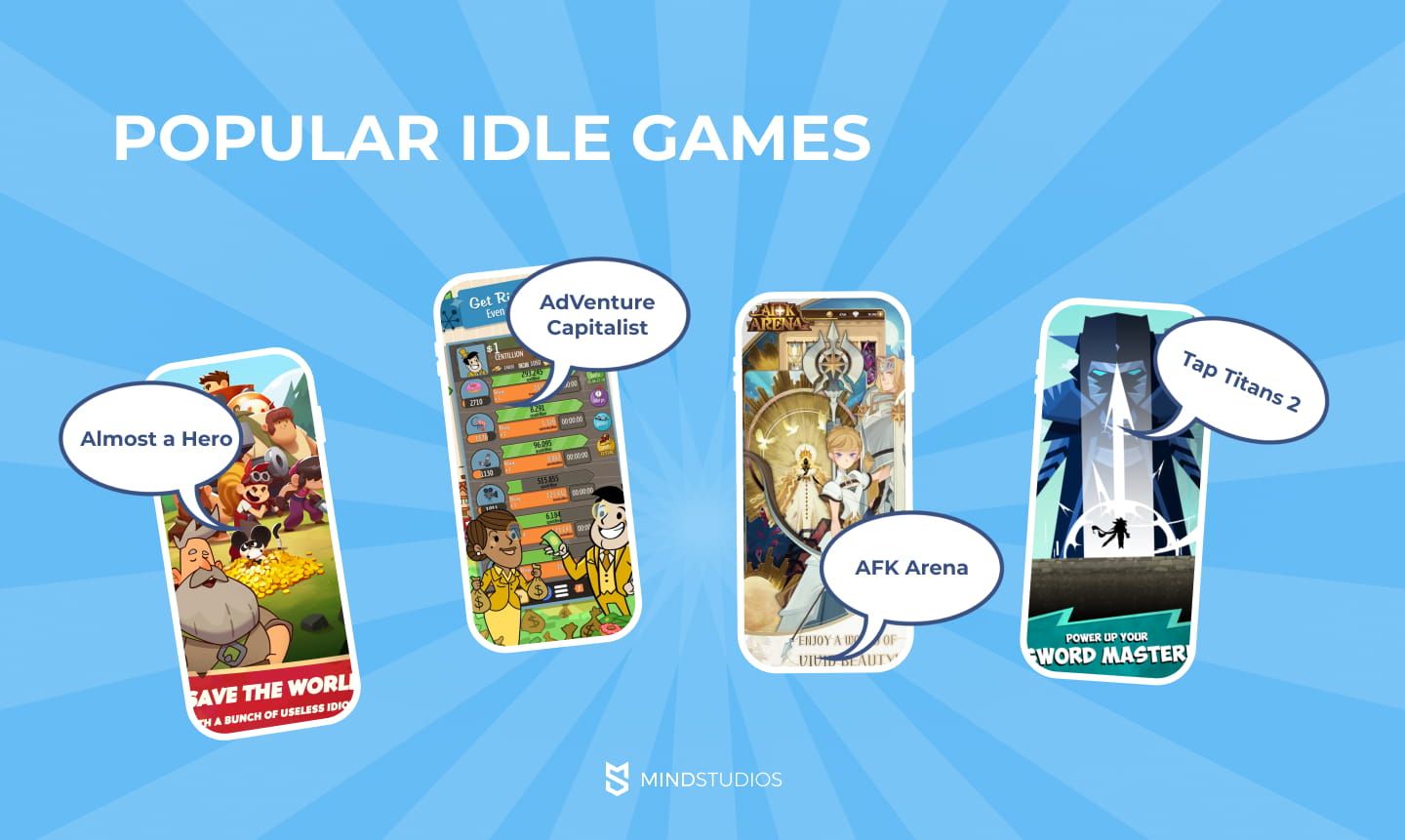 Games like Tap Titans 2, for example, take longer to build. Tap Titans 2 has more refined graphics, and its gameplay includes level bosses, pets that help your hero, and faeries that drop gold if you’re there to tap them. It’s still pretty straightforward, but already there’s more complexity to it.

Stepping up once more in complexity, we have Almost a Hero, an idle clicker where you’ll need to upgrade your character with equipment and artifacts to evolve them for faster grinding.

In AFK Arena, instead of building an empire or evolving your one hero, you collect heroes of various ascension levels, upgrade them with levels, equipment, and outfits, and conquer a fantasy realm. The winning points of this game are its stunning anime-style art, unique intertwining background hero stories, plenty of events with hero skins as rewards, and the occasional addition of heroes from all kinds of other popular games, movies, anime series.

Finally, there’s a unique combination of active and idle gaming — Realm Grinder. It’s one of the most complex idle games, development-wise. It’s got unusually many mechanics for an idler: besides the core mechanic of building your realm from the ground up, there are also spells (temporary boosters), faction coins (in addition to normal coins), hidden achievements, and regular events. Oh, and you can choose to be the bad guy and build a demonic abode 😈

Let’s talk about the process of creating an incremental game and what you’ll need to consider before you get started.

How to create your own idle game 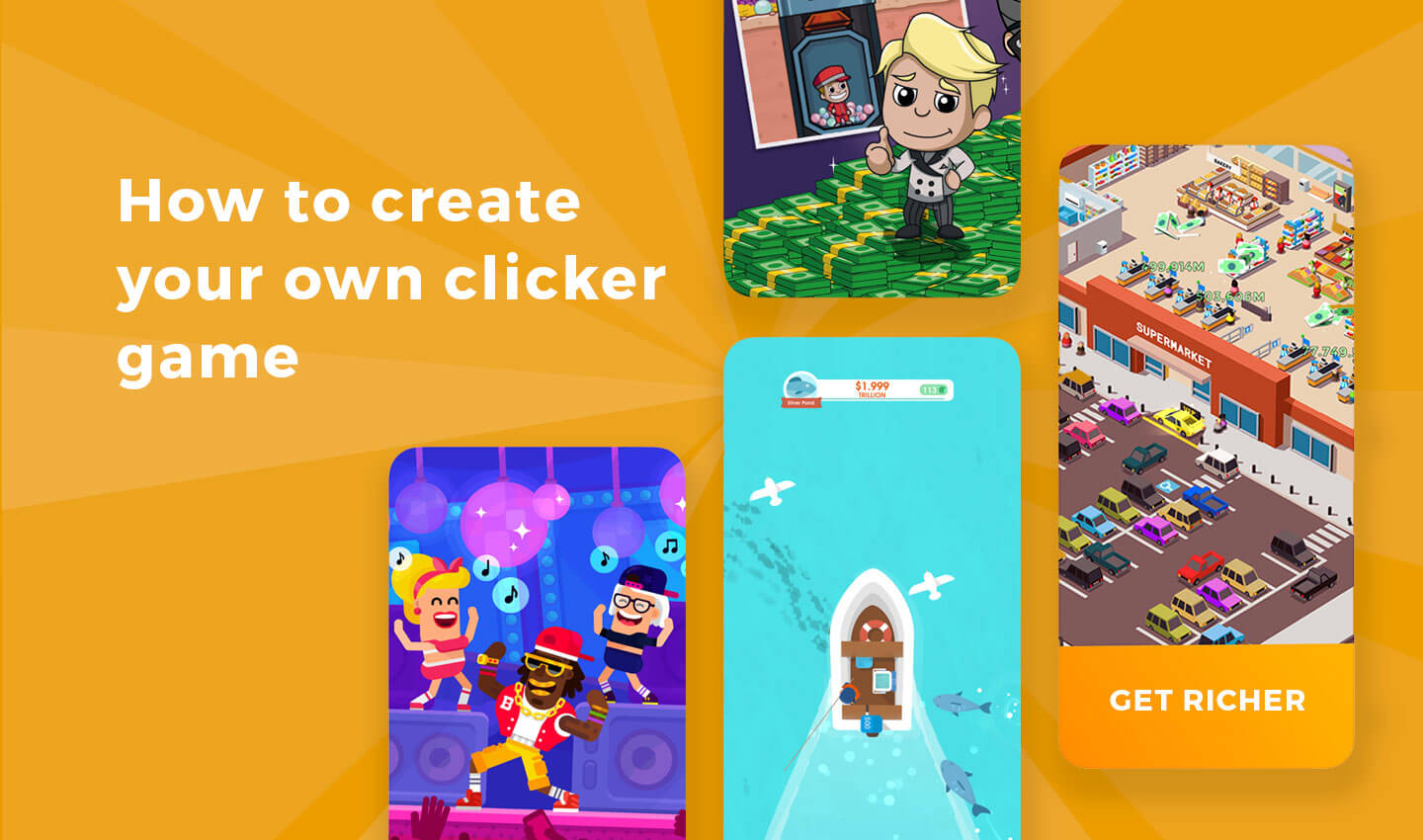 Creating an incremental game is relatively simple. Developing a game for browsers is the easiest. Mobile games are tricky.

It’s just clicking, you say. How difficult can it be?

But, as with many seemingly simple things, behind the curtain everything is a bit more complex.

The first thing you need to do when you hire developers to outsource your clicker game idea is, of course, to explain the idea to them. All major details of the game should be considered.

Next comes the design of your idle game. If you make your own idle game with the help of a development company, you can expect your development partner to provide you with the following. 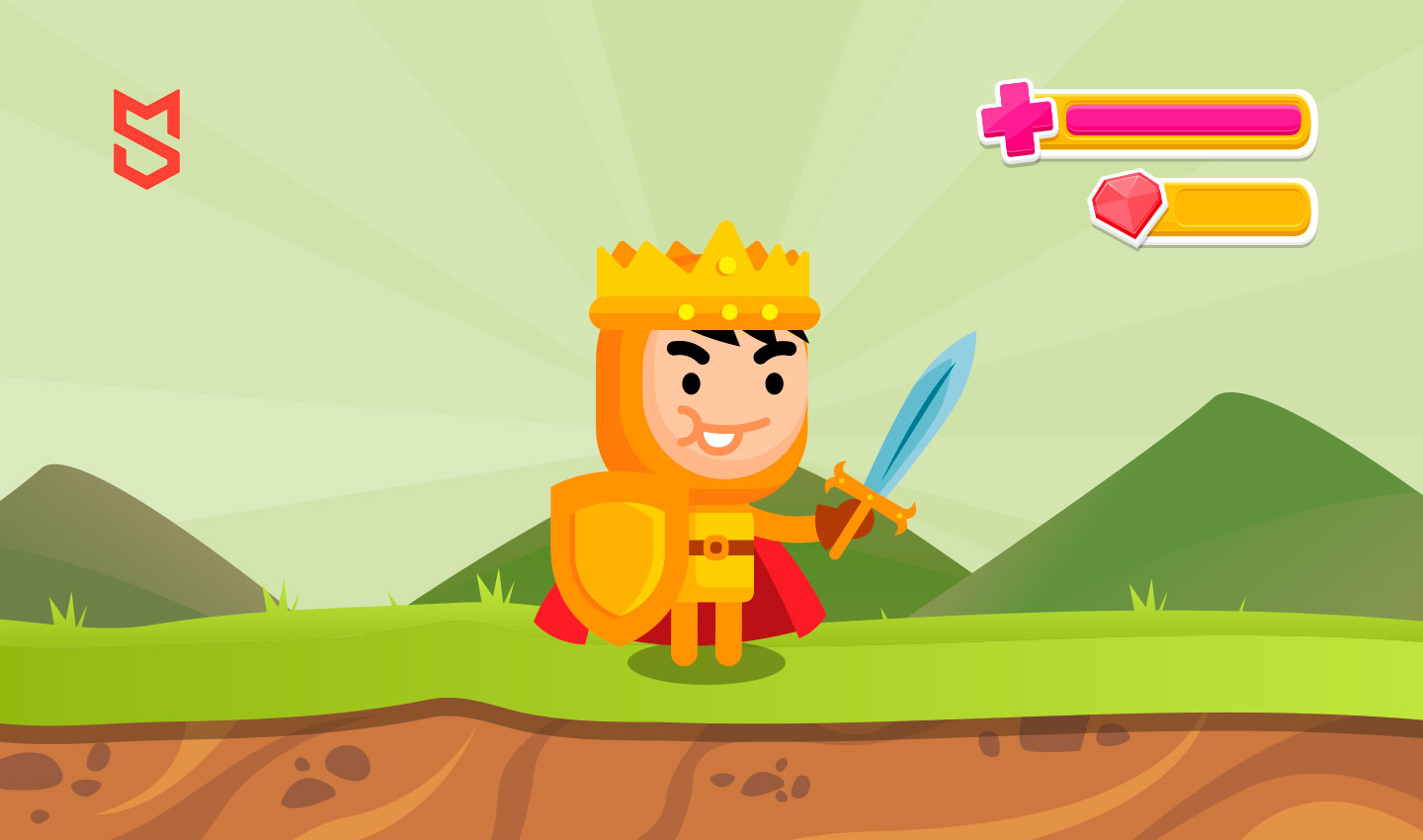 When it comes to gaming, visual appeal is arguably the most important part. Even more so if we’re talking about mobile games, which usually lack plot depth compared to computer and console games.

That being said, we’re not saying that to be successful you need to create an idle game with the graphics of Shadow of the Tomb Raider :) For starters, most smartphones and tablets can’t handle that level of graphics.

There’s beauty in simplicity as well, and idle games are a perfect example of that. Depending on your concept, game type, setting, and designers, the visuals can be more high-end or less.

Before starting to write code for your game, your team will offer mockups of visuals. Drawings of backgrounds, character designs, objects, animations, 2D or 3D graphics — there’s a lot that needs to be taken into account. 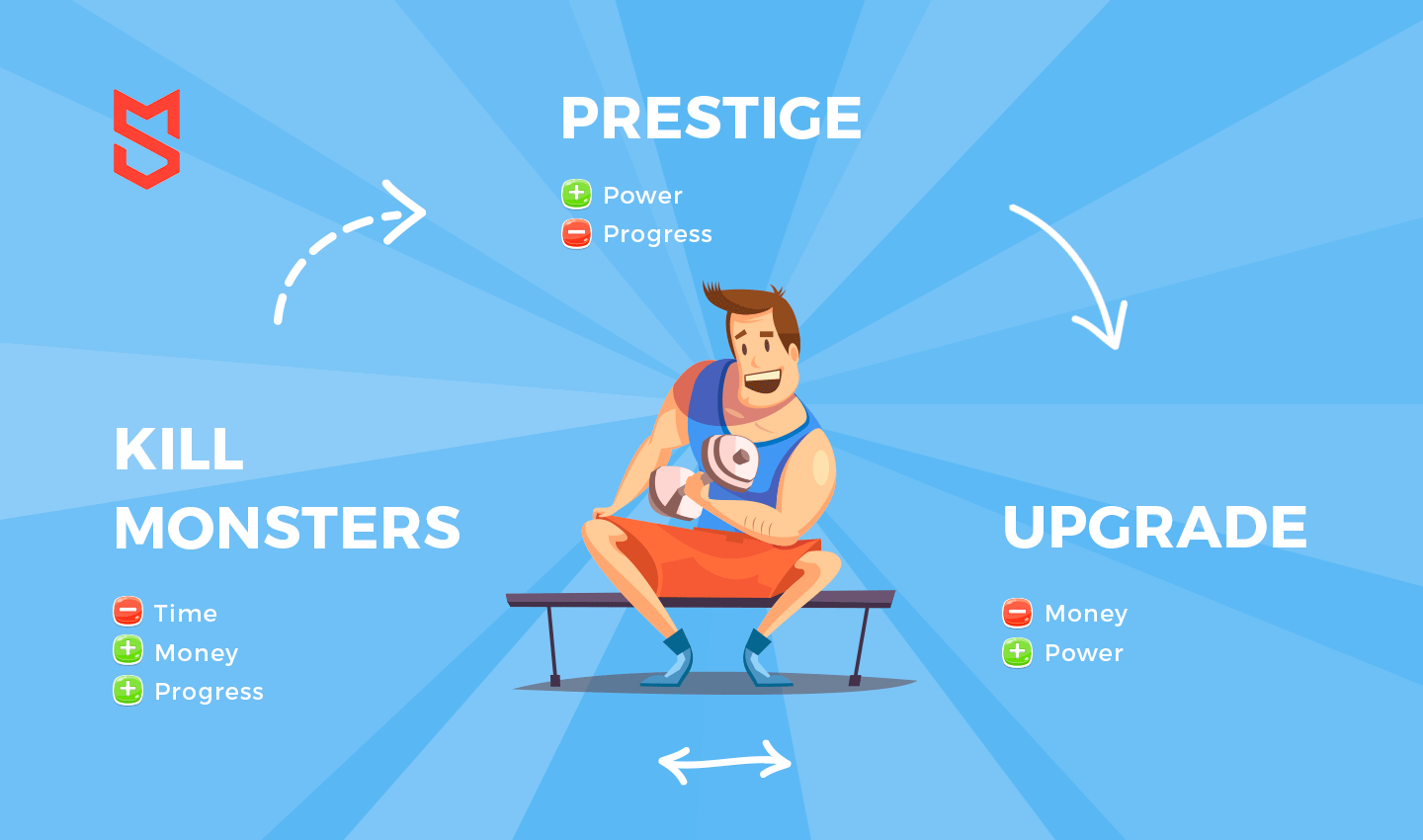 It’s possible to make an idle game with more complex mechanics and a more complex core loop, of course. However, one might say it kills the purpose. Simplicity is one of the selling points of clicker games, after all.

Only when all parts of the game have been designed and approved does the actual idle game development start.

We won’t tire you with too much technical information. The list of game development technologies is nearly endless, and programming languages and frameworks pop up semi-regularly and deserve their own articles. You can ask our product developers for details if you’re interested in that. Or we might write a separate article later. For now, we’ll just scratch the surface.

A soft launch is a test run of a completed game. If you’ve ever dealt with regular app development, not game development, you might compare a soft launch to launching a minimum viable product. There are differences, of course.

A soft launch is performed to test new features. Usually, the game is launched on a limited territory — a single state or country — to test the waters. Will people pick it up? Can it hold their attention? What will be day 1 retention? How many users will return to play after a week?

During a soft launch, your incremental game development company will monitor the game’s KPIs to see if it performs well. If everything is peachy, it’s time to do a full release and promote your game.

If all is not peachy, you can analyze the data and go back to square one: the design or development stage (depending on what the analysis says).

Repeat this cycle until the KPIs are good.

Congratulations! Your idler is up and running, taking the world by storm because it’s awesome.

Post-release, you’ll need to run marketing campaigns and advertise your incremental game to catch the eye of more players. Your journey is only beginning. May it never end.

How much does it cost to develop an idle clicker game?

Let’s say you go for a Cookie Clicker clone. It requires few people:

However, if you’re aiming at something more complex — like Tap Titans 2, for example — the development will take longer: around three to six months. And the cost will differ significantly due to the longer development time and possible involvement of more people. Expect to pay about $20,000–40,000.

The more complexity you add, the longer the development time and the higher the cost. But chances are your revenue will also be higher when the game is launched.

How to promote your idle game

A successful launch requires thorough research of the game’s target audience as well as competitors. This is done to choose the right marketing strategy.

A marketing strategy is successful when your Customer Acquisition Cost (CAC) is lower than a Customer Lifetime Value (LTV).

As you hold various marketing campaigns, measure their effectiveness. If you’re spending more on acquiring a customer via a specific channel than their lifetime value is, the channel is unprofitable or the way you market through it doesn’t measure up. Compare, improve and test the effectiveness of several marketing channels and keep those that perform well.

Numerous promotion channels exist for games in general and idle games in particular. Here’s a list of your options to promote your idle game:

Right now, incremental clicker games are still all the rage. Are they here to stay, or are six years on stage enough and will idlers burn out soon? The forecast looks good, if not perfect, so the best time to make idle games might be right now.

At Mind Studios, we have a game development department. If you’d like to know more about how to make a Cookie Clicker game or wish to know the precise cost to develop an idle game, contact us and ask any questions via the form below.