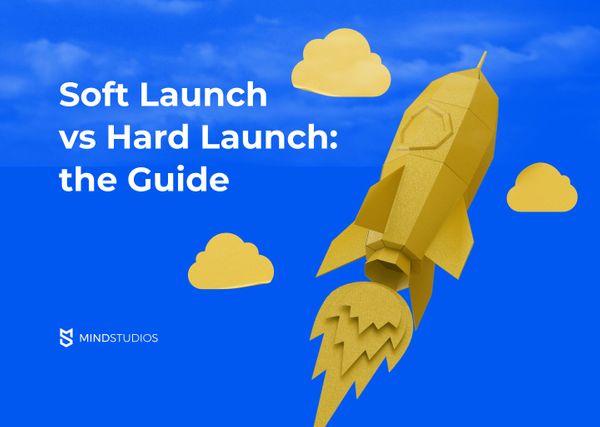 What is the difference between a soft launch and a hard launch? How can you choose which one to go for when it’s time to release your app? If you’re interested in the answers to these questions, read on.

What are the hard and soft launch models?

A hard launch is when you release a completed product, either globally or in your entire target area. A hard launch usually involves a lot of marketing.

A soft launch is a beta of sorts when you release a product, either a full version or an MVP, in a limited area. You continue to work on updates as you monitor the performance. Marketing is limited or even non-existent with a soft launch.

The difference between a soft launch and a hard launch is primarily in the scale.

A hard launch comes with a bang. A soft launch is all about small steps, one at a time. 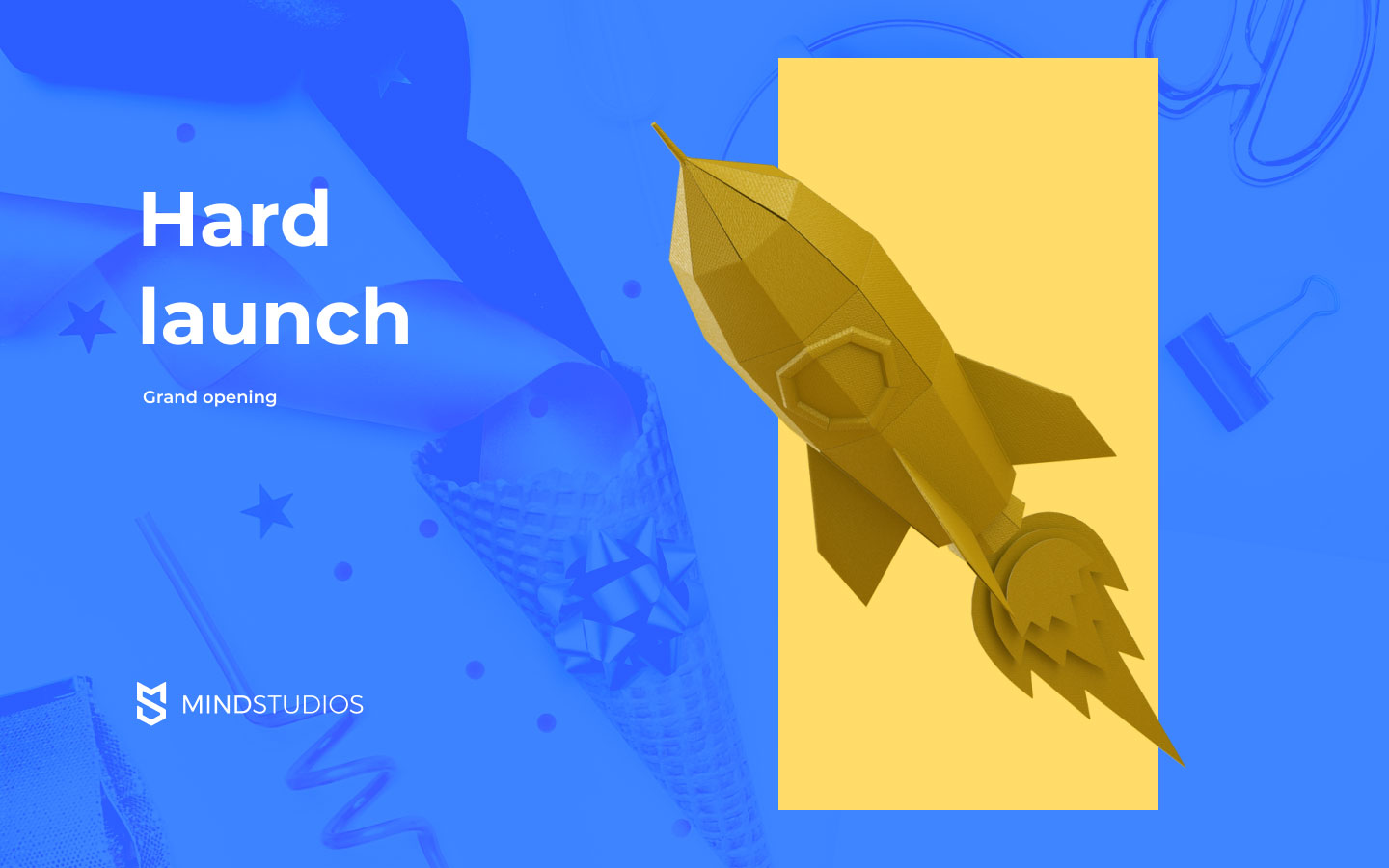 A hard launch is alternatively called a grand opening, and this name is given for a reason. When you go for a hard launch, it means you’re releasing the product in its entirety, the way it’s supposed to be. That doesn’t mean you can’t modify it further and add or remove features, of course. But a hard launch implies that at the moment of launching, everything you’ve planned is accounted for and polished, so making adjustments will be harder.

A hard launch takes time — you need to not only complete and test the new product but fine-tune all details and foresee and prevent all possible pitfalls. It’s also more costly, and we’re not only talking about the cost of development. Besides fully funding the app development, to successfully hard launch your product you’ll need to invest quite a bit in a good marketing campaign, especially if yours isn’t a widely known business with a big following.

This all sounds a bit intimidating. Who’d want to do a hard launch when it takes longer and is more costly?

Benefits of a hard launch

When should you go for a grand opening?

There are still cases when hard launching a product is the better option.

All in all, a hard launch is a great choice for products that have high chances of success. For example, some of us still remember the success of Windows 7 and the epic fail that was Windows Vista. Both were hard launched, as often happens with popular operating system versions, but one was properly researched thanks to Microsoft’s experience with the other. Let’s say Windows got a little bit cocky with Vista.

In some cases, there’s no need to go slowly; it’s more logical to announce the big news and take advantage of the initial wave of interest from users. But this should be done carefully. 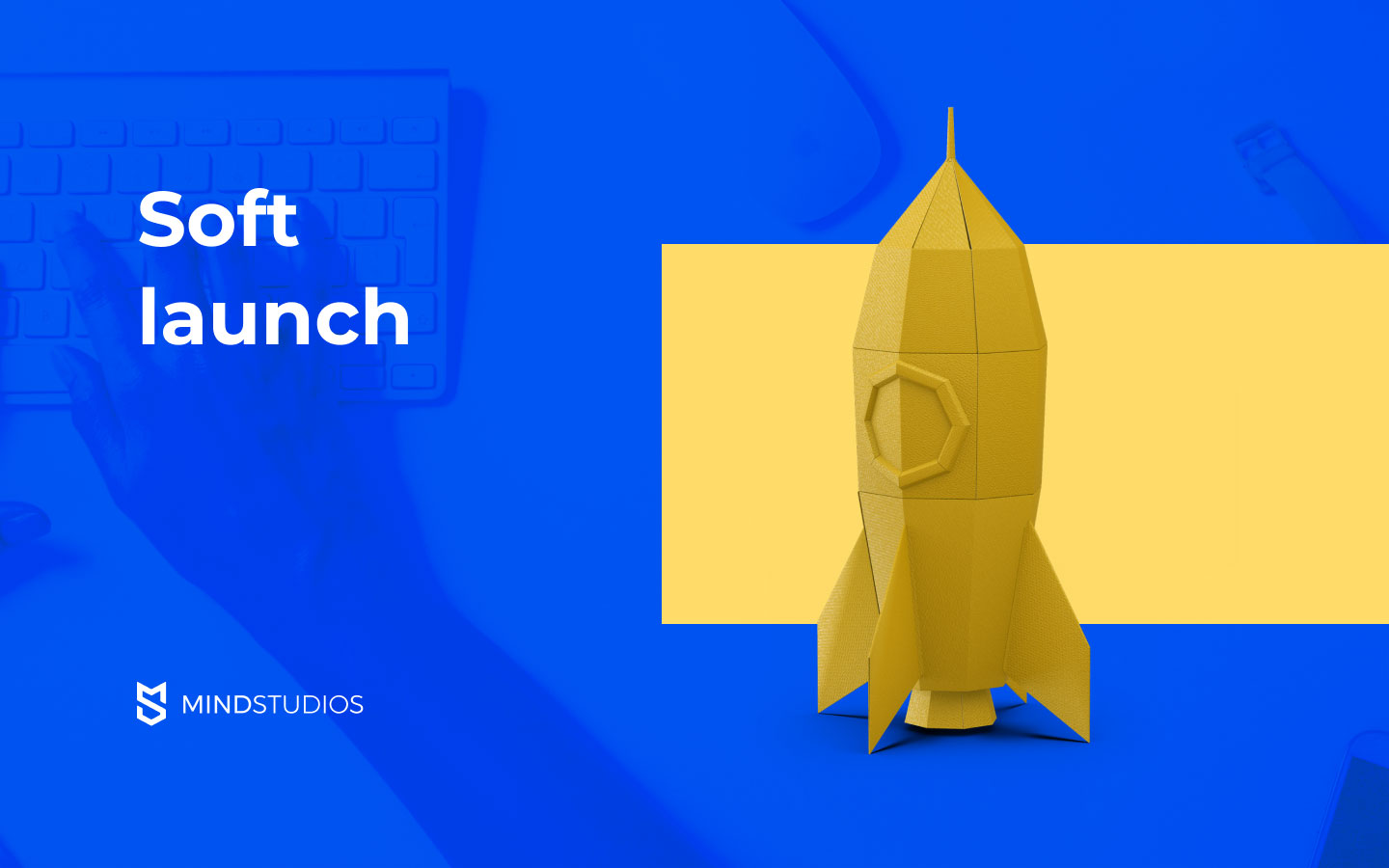 On the other side of the scale is the soft launch, or soft opening. A soft launch is when you release an MVP with core features and a unique value proposition to catch your first users and then roll out updates and new features as they’re developed and tested.

A soft launch is a practice we see more and more these days.

Benefits of a soft launch

When is a soft launch your perfect option?

With a soft launch, you can proceed in a slower and more measured way, both in terms of spending your money and releasing features. Soft launched products are backed by additional research and analysis, increasing the chances of success. This is the best way to launch for new companies and startups, although well-known businesses have been turning to this model as well.

Most, if not all, new mobile games are soft launched first and go through beta testing before their global release.

However, it’s important to remember that soft launching an app doesn’t mean you can cut expenses on testing. It’s true that with a soft launch you get valuable feedback and can, with the help of early users, catch bugs. But at the same time, releasing an untested or poorly tested product on the market — even a small portion of it — will result in losing potential customers and will also damage your reputation.

Finally, we’d like to note that a soft launch can be (and most often is) used to prepare for a hard launch, meaning that the two models aren’t mutually exclusive but rather complement each other.

How to soft-launch an app 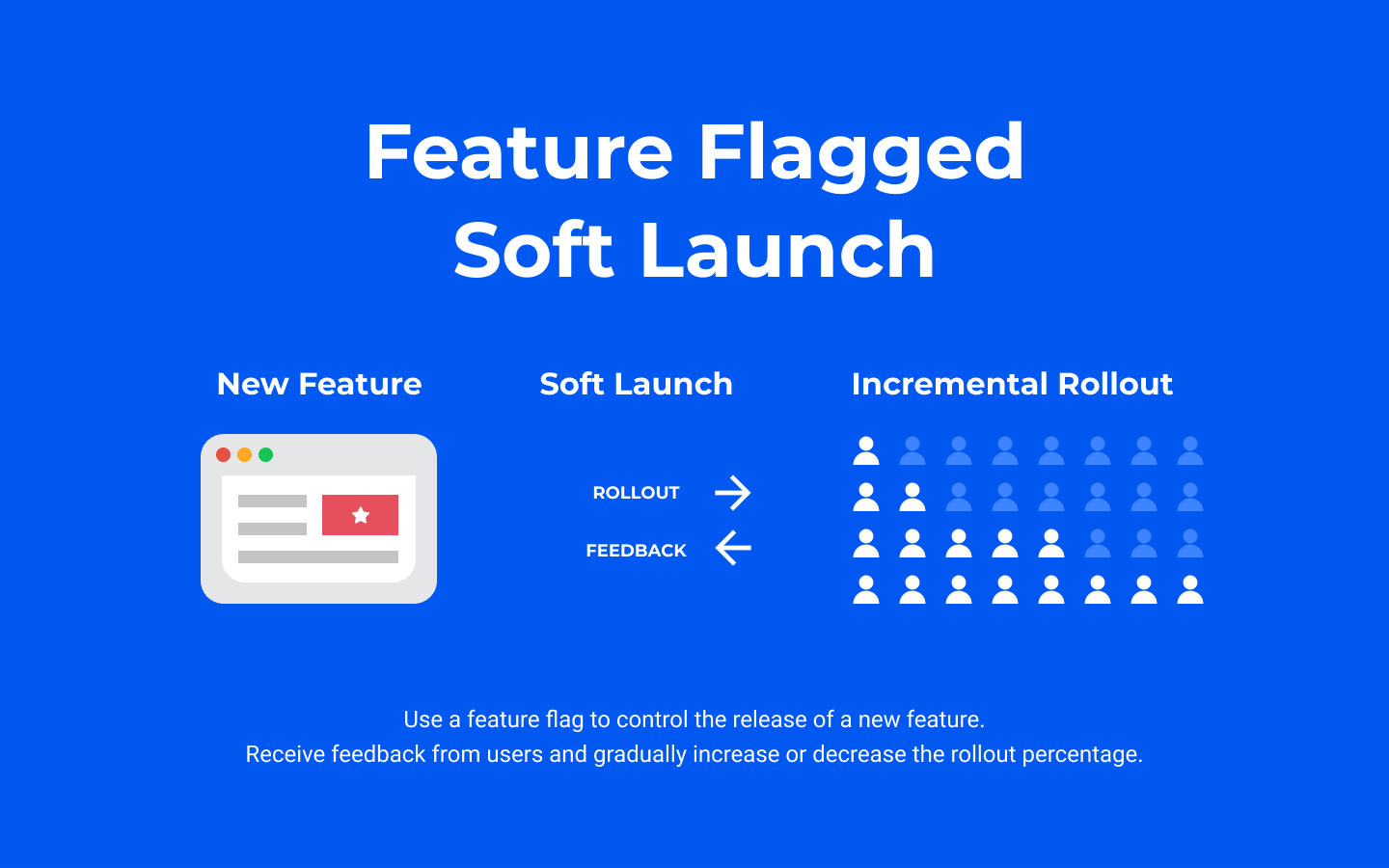 When it comes to releasing a product — whether it’s a full or an abridged version — there’s no one-size-fits-all solution. Your soft launch strategy will heavily depend on a number of factors, from the type of your product to its niche, scale, target audience, and geography. Mobile games are launched differently from taxi service apps or apps for scheduling doctor appointments. However, there are common recommendations as to what to pay attention to when you plan and execute a soft launch.

1. Think about the geography

When we started talking about soft vs hard launches, one of the first things we mentioned was how a soft launch usually takes place on a limited territory. Choosing a territory in which to soft-launch an app is a decision that shouldn’t be made lightly.

What should you consider when you select a soft launch location? First of all, the country where you’re planning to test your mobile game or app should have users who behave similarly to your target users. Mentality, language, and geography itself play a role in that. For example, before launching in the US, think about first going live in other English-speaking countries: Canada, the UK, Australia. Soft launching in India is also possible and is cheaper, but the results might not be as relevant to your target market. If your endgame is Asia, think about Hong Kong or Taiwan, as both are easier to launch in than Japan or mainland China.

Before you go ahead with any kind of launch, soft or hard, you need to set clear and measurable goals. Measurable key performance indicators (KPIs) allow you to assess whether your product performs as expected. Without clear KPIs, you won’t know whether your soft launch is successful.

Another major issue in the soft launch vs grand opening battle is marketing. A soft launch involves little to no marketing, and that’s why you need to build your app store page with the utmost care. If users can’t find your app, they can’t download it. So take care of ASO, proper categorization, and tags. If users don’t like what they see, they also won’t download an app. Hence, a quality icon and screenshots/videos are a must as well. The name of the app or game should be easy to remember, and the description shouldn’t be too long but should highlight the best sides of your product. Involve a marketing specialist if you want to get things just right. 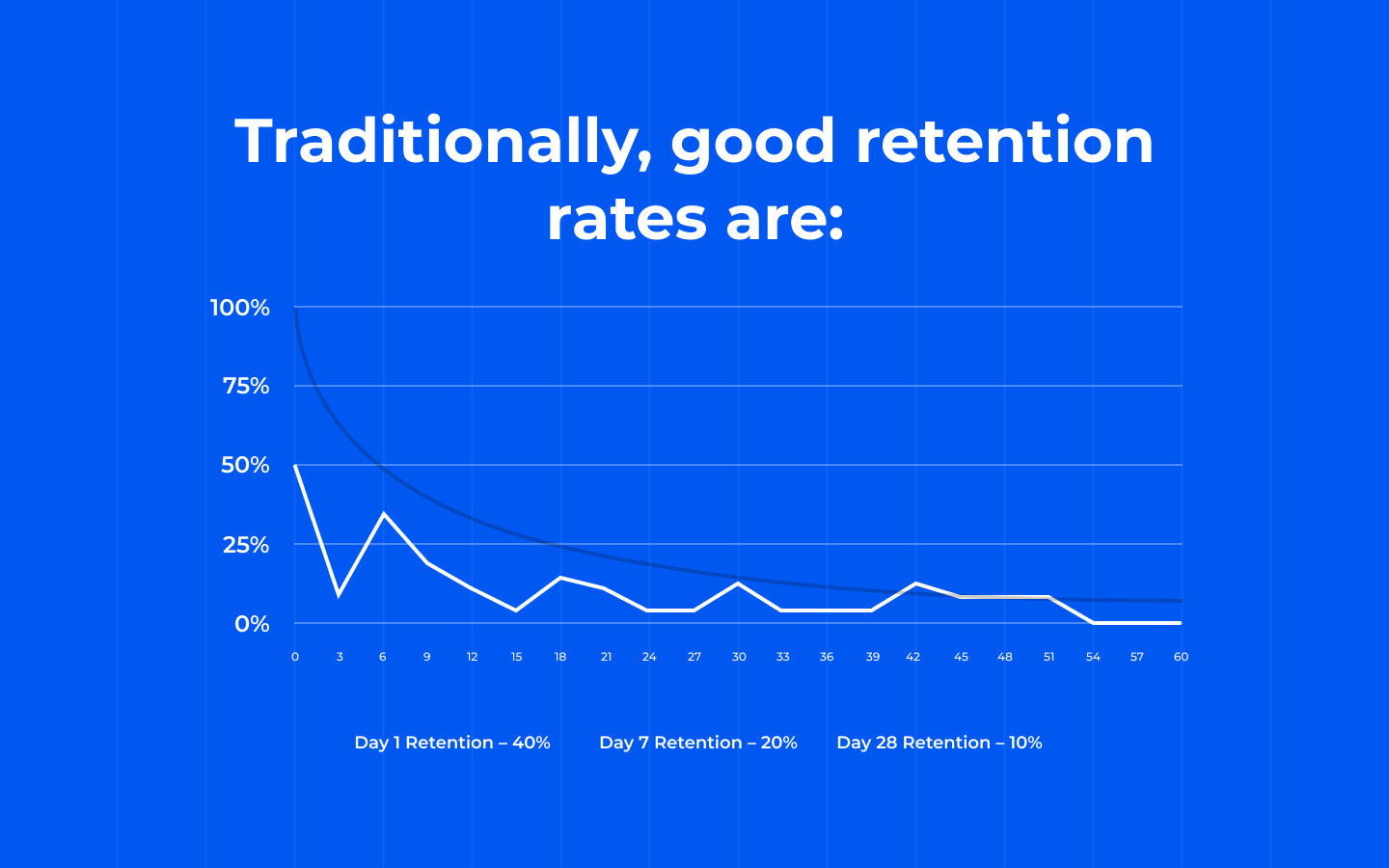 User retention is the percentage of users that come back to your app after one day, two days, a week, and so on. User retention is also one of the major reasons to run a soft launch in general. While with a hard launch an app can have a powerful start thanks to marketing, a soft launch starts slow but, if done right, can provide more users that stay in the app and don’t bounce.

Monitoring user retention is vital, especially in the first days and up to the first couple of months. Low retention means something is fundamentally wrong with the app. And with a soft launch, there’s still a possibility to fix it.

See at what point users leave the app. Maybe your onboarding is too long or complicated? Or the ads appear way too early? Maybe the gameplay is hard to grasp? By carefully monitoring user retention, you’ll be able to find these bugs and fix them before you hard launch your app.

A customer’s lifetime value (LTV) is basically how much revenue you can expect from a single new user. It's an essential measurement of an app's marketability. LTV is not a set value, and for each product, the LTV will be different. If you’re outsourcing your app development, one of the duties of your project manager will be to help you calculate the LTV.

This is essentially the reason why app developers choose to soft launch their products — to do more testing with actual users and on a wider range of devices before going for a big launch. It’s important to monitor all bug reports and comments from your first users to make your product better.

7. Monitor the performance of your monetization model

You’ll be choosing your app’s monetization model early on when you’re filling out the Lean Canvas. However, it will still need to be tested on real users. For example, if you’re using an in-app purchase model, you’ll need to see how many users make purchases and how much they spend. See how willing users are to purchase your premium plan (if that’s what you offer). Although it’s a challenge to completely change your monetization model on the go, if your app doesn’t perform well enough, it’s better to know about it early on and not after you launch with fanfare.

Another soft launch best practice is monitoring users' reactions. This, of course, includes monitoring app store comments. But these days, it’s more than that.

Modern users share a lot of what they think and do on Facebook, Twitter, and other popular social networks. This brings three main benefits to startups and companies with new products:

Monitoring what’s said about your product on social networks will help you find and fix bugs as well as improve your app’s user experience and generally respond better to what people expect to see in your app. By adding an easy-to-use social sharing feature, you can entice users to talk about your app or game, so consider that as well.

Based on the type of your mobile app or game, your development company might come up with additional metrics to monitor and practices to apply. The list above offers general recommendations that can be applied to just about any new product on the app market.

How long do soft launches last? 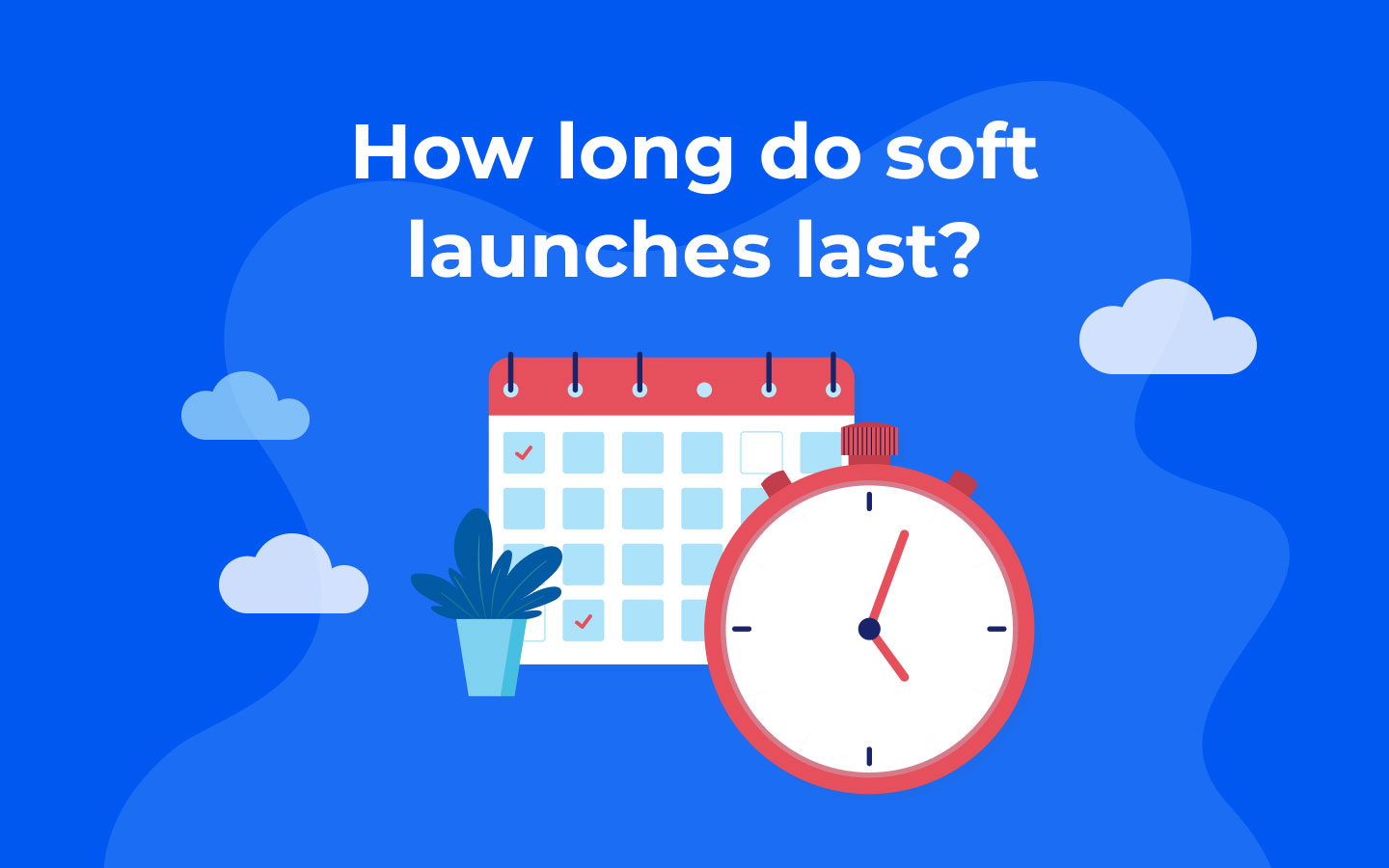 A vital question asked by just about any startupper is how long they should wait for the results of a soft launch before releasing the product globally. Well, as with many questions of this sort, there’s no definitive answer. You should collect enough data to analyze your app’s performance. Before the soft launch, determine the number of users you need to acquire to fully analyze your app’s performance and monetization strategy, find bugs, etc.

Two to three months are believed by some developers to be the optimal length of a soft launch. But in reality, it can be both shorter or longer. All will depend on your niche, the location of your soft launch, and the performance of your app.

Both the soft and hard launch models have their pros and cons. But today, more and more companies are soft-launching their new products, hinting that in most cases it’s the better strategy. With a soft launch, you can polish your app as close to perfection as possible before the hard launch and make sure you’ve got what it takes to achieve success with your target audience.

A hard launch is for when everything is ready and you’re sure your investment in development and marketing will pay off.

We hope we’ve answered your main questions about soft launch and hard launch models. If you have any more questions, hit us up.