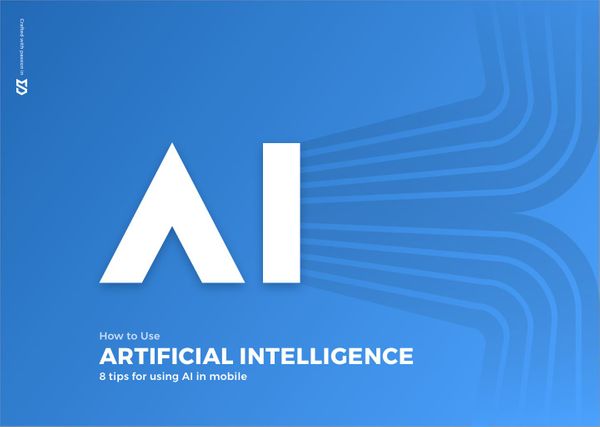 Over the past decades, computer technology has been developing with an extremely high exponential rate. Humanity develops the power of computer systems implementing their application into all spheres of our daily life (production, education, medicine, economics, etc.) using devices.

So what is going on in the modern world? Thanks to the progress and continuous development of science and technology, the scope of problems to be solved is growing, and the sizes of these most used devices (computers) are decreasing.

All devices are united in one giant network, the so-called Internet Of Things, which also includes people. Gartner says that by 2020 there will be over 26 billion connected devices (any device with and without Internet access).

Artificial Intelligence... What is it? 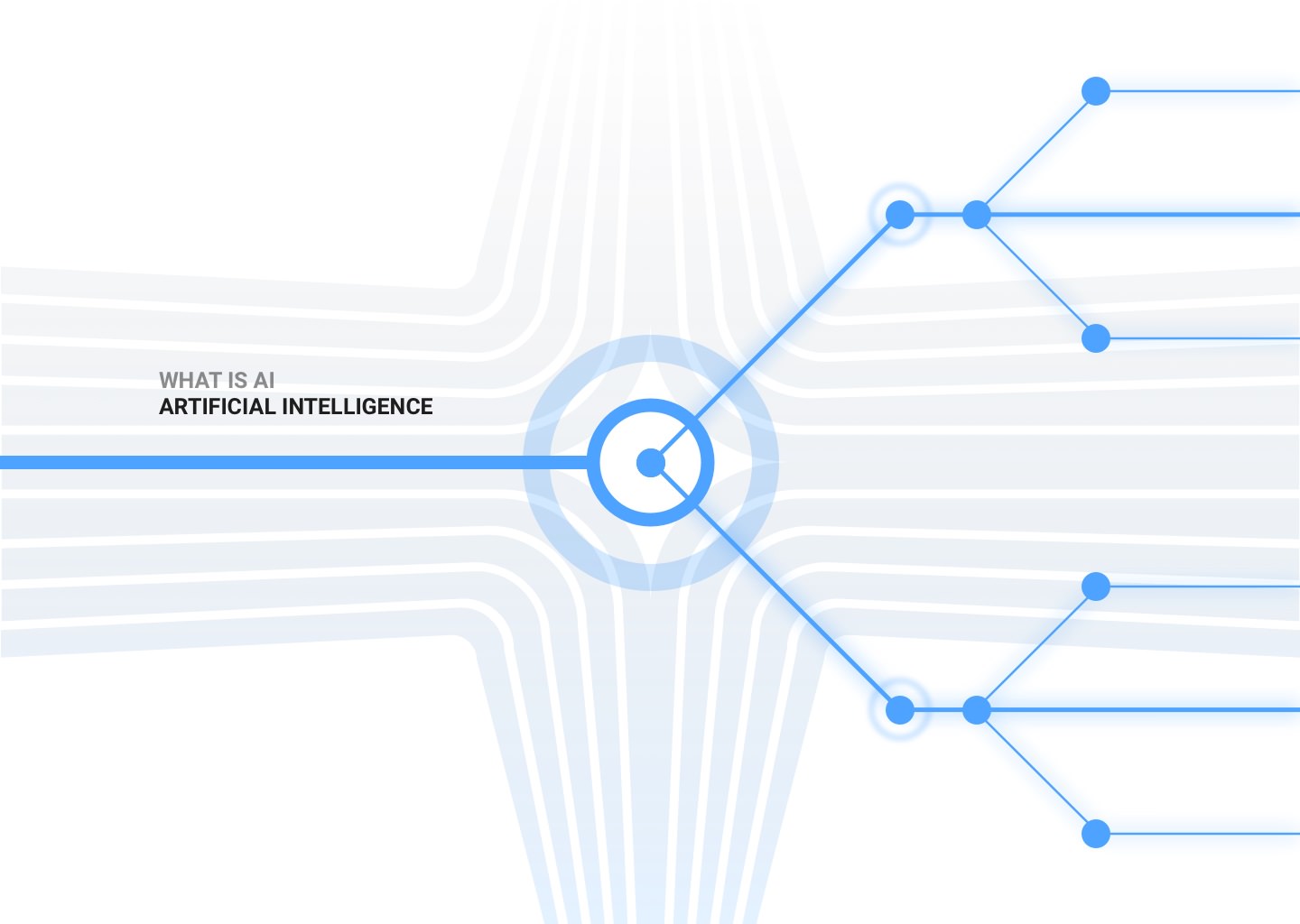 Computers launch rockets into the space, control technological processes, provide security systems at enterprises - and this is only a small part of what can be listed. And now even your mobile can recognize your speech, make certain decisions, serve as a translator from one language into another one...

All these things are based on the use of Artificial Intelligence as a whole methodology of computer systems in think-and-learn mode. What does it mean? Smart programs are being developed on the basis of knowledge and research of the mental potential and capabilities of the people themselves, and then are being implemented as built-in intellectual functions in various applications, including mobile ones.

So could we assume before that computer programs/machines will be able to think, or in other words, have a certain level of thinking equivalent to the human one? Indeed, human intelligence, most likely, does not have the same computational speed as computers, but one thing is important - a human thinks abstractly, they can solve problems, leaving some details out of the account. In addition, the human intelligence can generate ideas, as well as introduce innovations.

Let's start with the demarcation of programs with the presence of AI and without it. What is the difference between them, and what are the advantages of the former ones compared to the later ones?

The advantages of the AI programs include the ability to respond to universal questions, excluding only specific ones, as in the case of the programs without AI; problem-free, namely easy and quick modification of certain informative parts of the program (algorithms) without modifying the entire structure.

In addition, in programs using AI, fewer errors and defects are allowed, since artificial intelligence is more universal than human intelligence. The most important thing to say is that the difference between AI and conventional programming is in the presence of "intelligence", in other words, the imitation of a certain level of human thinking. In that way, we avoid only the sequential execution of pre-programmed steps. For example, algorithms with artificial intelligence are used in such search engines as Google.

Advanced artificial intelligence can be built on the basis of the so-called cognitive architecture, and individual modules in it can be responsible for functions such as eyesight, recognition and generation of speech, making decisions, attention and other aspects of the mind.

Some companies teach us how to optimize prices and increase our sales and margins using Artificial Intelligence techniques and dynamic pricing.

AI is designed to serve the public good: to moderate publications in social networks (for example, with its help on Facebook, publications that are relevant to the propaganda of terrorism are effectively deleted).

In addition, artificial intelligence effectively filters photographs that contain inappropriate materials for publication, however offensive and angry publications are still a weak point of technology.

One of the important achievements of recent years in the field of Artificial Intelligence research is Machine Learning, which reveals itself in technologies related to electronics (for example, voice synthesis or forecasting), aerospace (autopilot aircraft), automotive (self-guided cars), financial (activity related to the financial market: mortgage, real estate valuation, credit counseling, etc.), military (recognition of signals and images and autopilot) spheres, and are carried out by computer systems - neural networks. 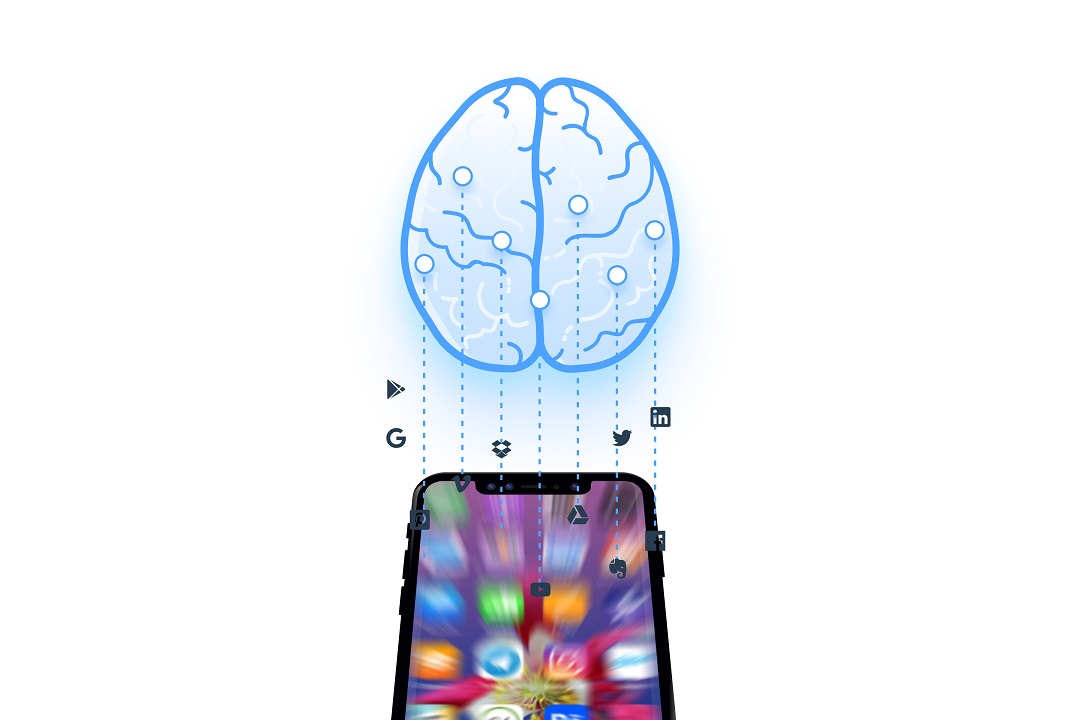 These neural networks (ANNs) are the so-called Machine Learning principle, which models the human brain and consists of a number of artificial neurons, but the neuron in ANN, as a rule, has fewer compounds than the biological one. Indeed we do not even notice that neural networks are present in our everyday life, for example:

As you know, Google and Microsoft have updated their applications for translation with the addition of neural networks (New AI-powered offline language packs for the Translator apps for Android, iOS, and Amazon Fire). Thus, machine translation based on neural network algorithms has become more qualitative, and its work can be carried out offline.

What is the potential of such technology development, particularly in the field of mobile applications? A close attention to the study of artificial intelligence is paid by the part of scientists from US universities. For example, in 2014 the project was launched, its name is AI100 - Century-old study of artificial intelligence at Stanford University. The importance of this research was caused by the analysis of the impact of the development of new technologies on human life in terms of its safety, psychology, social structure and other spheres.

Specialists in the field of development of new technologies suppose that Artificial Intelligence, as a symbiosis of science and technology, will later become an integral part of all branches of everyday life, for example, games, speech recognition, handwriting recognition and smart robots, where the last ones have special sensors that identify physical data.

The type of ASI can be attributed to the situation when computers/machines can simulate human thoughts, in other words, when the cognitive ability of machines will surpass humans. Regarding this, there were two opposing points of view on the development of ASI: on the one hand, Stephen Hawking believed that the full development of AI is dangerous for humanity, and on the other hand, Demis Hassabis, co-founder and CEO of DeepMind, argues that the smarter AI is designed to help humanity.

Integration of Artificial Intelligence into Mobility

Now, the use of Artificial Intelligence in mobile applications is growing, as its application, first of all, makes a person's life easier and better, and also economizes the time. AI changes the boundaries of its stay: you can find it not only in laboratories but also in our everyday life as a GPS, in energy networks, in the online world.

In order to receive the current smart news feed, you can use Recent - the application, based on AI. The advantage of this application is that it memorizes your preferences and offers you topics and articles that you might want to read.

Among mobile applications with AI, the one that is worth knowing about is the Prisma application. Its sophisticated technology offers users to create masterpieces from their photos and videos. In addition, the artificial intelligence in smartphones is presented as an AI-camera that is used for scene recognition.

With the increase in processing power in the field of Computer Science, more sophisticated data analysis algorithms have been created. According to Kdnuggets: 2018 is considered to be the best year for creating a startup based on artificial intelligence. You can find the evidence of it in practice, for instance the Tetra application, which simultaneously makes detailed text entries in the course of a telephone conversation.

Where to Start When Starting a Mobile Application Based on AI...

According to Forbes magazine article [link], which is based on Forrester's TechRadar report, the number of enterprises using AI in 2018 has increased to 62%. So how to become one of them? How to choose the right technology with AI for your mobile?

8 AI Technologies That Can be Used in a Mobile Application

To avoid problems, such as the failure of one function in a chain, find cloud services and open source tools. In this way you can manage the programming, debugging and life-cycle management of serverless functions, and also test them on a laptop, a pre-server or any cloud.

When starting a startup, ask yourself questions related to your idea:

The latter ones are engaged in the search for a solution to one highly specialized task for a particular consumer. Most likely, your application will have to do with a vertical task, which is not bad due to the possibility of rapid development in a short time.

To create your visual content from the written, you can use tools such as Wibbitz, SaaS, which will help you create, for example, a video with the technology of producing video AI in just a few minutes. You can also use the Wordsmith tool, which is created by Automated Insights - it uses NLP (Natural Language Processing) to generate news on the basis of incoming data. Brands such as USA Today, Hearst and CBS already use AI to create their content.

In one bundle: mobile artificial intelligence and analytics

It is well known that one of the tech trends of recent years is the combination of smart applications and analytics. As Garner says: over the next few years, every service application will include artificial intelligence at a certain level. AI has become the next major battlefield in a wide range of software and services markets, including aspects of ERP. As you can see, intelligent applications also create a new intellectual intermediate level between people and systems and can transform the nature of work and the structure of the workplace.

The main thesis is that extended analytics is a special strategic area in which Machine Learning is used to automate the preparation of data, search for information and sharing of information for a wide range of business users, operational workers, developers and scientists.

It will allow you to identify the weaknesses of your product in order to work hard to eliminate them. It is an ordinary process: if at the stage of product launch you identify a number of errors and bugs, you can eliminate them in the shortest possible time with the help of application updates.

In fact, the current period, the period of integration of Artificial Intelligence into the latest technologies, including mobile ones and even our everyday life, can be called a revolutionary era. And the main task of AI is to make computer networks more «smart» by coordinating the work of all devices, tools, connecting sensors and networks, using it (AI) as a way to increase human activity, and not just as a way of replacing people.

Further integration of AI in new mobile applications will give a new impetus to new opportunities:

Indeed, Google IO 2018 has announced the release of an auxiliary technology Smart Compose for Gmail users, which will be able to offer complete offers to users.

In this article, we tried to give a couple of useful tips of how to use AI in mobile applications, in particular in your future application, and what is the role of AI for mobile apps.

What you have to do is organize the right team, because a startup, like any other type of business, is a team game! Your team and each player must be «infected» with a common idea, the idea of success! Be sure we will help with the rest, Mind Studios!