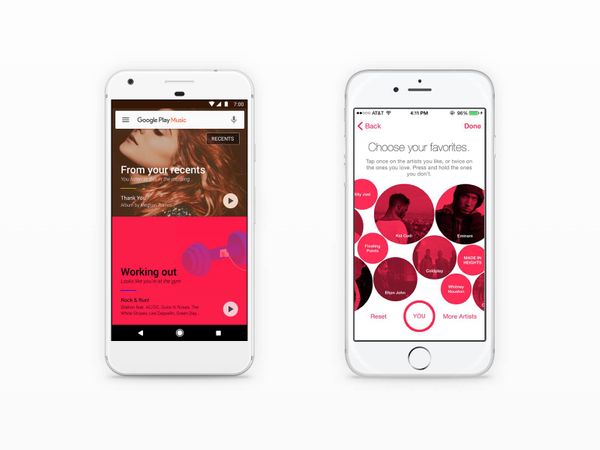 Now, if you go exactly where your competitors are, you are dead.
Thorsten Heins

If you are reading this, than perhaps you either own/think of owning a native mobile application, or you consider porting your app from iOS to Android. Every brilliant application-related startup idea or move always has a certain budget behind it, and at times you have to choose which platform to build on, at least for the first launch. The most common platforms mobile app entrepreneurs normally choose among are, respectively, iOS and Android. Instagram, Worms 3, Clash of Clans and a dozen more of excellent mobile products were launched for iOS first, and some of them haven’t even made the leap yet. What is it that leaves business owners so favorable to Apple and App Store? 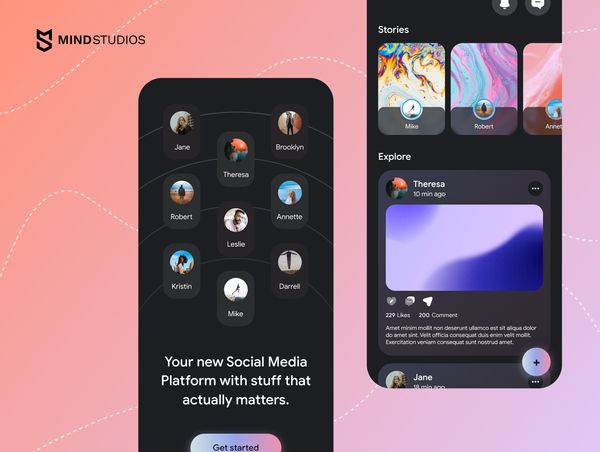 More revenue-generating users. Slash.dot suggests that an average amount of dollars an iPhone-owner left on the App Store in 2016 has hit the peak of 40$ - compared to 35$ in 2015, so the numbers are about to grow in the following year.

Market fragmentation. Despite The Next Web claimed the fragmentation of Android devices to become a managable problem, 4 yearf after it is yet present. Therefore, the longer development and testing hours are required once it comes to coding for Android.

The crippling level of piracy on Android. Although recently this claim has proved to be rather an unsupported one, entrepreneurs still get tricked into thinking that paid apps on Google Play might suffer from various rights violations.

Interested in differences between the platforms of iOS and Android? Don’t miss out on our article regarding the myths of iOS vs Android development.

All points considered, iOS development is sold as hot cakes nowadays once you are a startup company and the funds you’ve raisen are limited, but what is your app succeeds (quite a common case now)? Perhaps you will consider porting your app from iOS to Android platform.

A few reasons “for” porting to Android (or vice versa):

The decision of porting native ios app to android is not the easiest one, but once you make up your mind - an important matter of how to port an ios app to android rises! SO, how to transfer? Here will give you a short guide on the topic.

Let’s get straight to the good news - the whole application ported from iOS to Android (or the other way around) is going to be less costly than the first version was, so be prepared to spend at least 30% less. The process you are going to save money on is the back-end development for your app - as you have already had it developed together with the first platform.

Also, it is pretty possible the stage of specification writing is going to last less - likewise, it has already been written, so apart from some minor changes the structure of your project is ready-to-go.

Though there are must-consider tips when porting iOS to Android.

Design. Universally acknowledged truth - Apple’s and Google’s interfaces are as chalk and cheese, what basically means you can’t just take the ready-made user interface from your current app and copy-paste it while porting.
The main design-related issue is built around the differences in corporate style the companies of Apple and Google bring into mass. The word Apple applies to all of their products is “flat”, where every design element exists within 2 dimensions and looks quite flush. 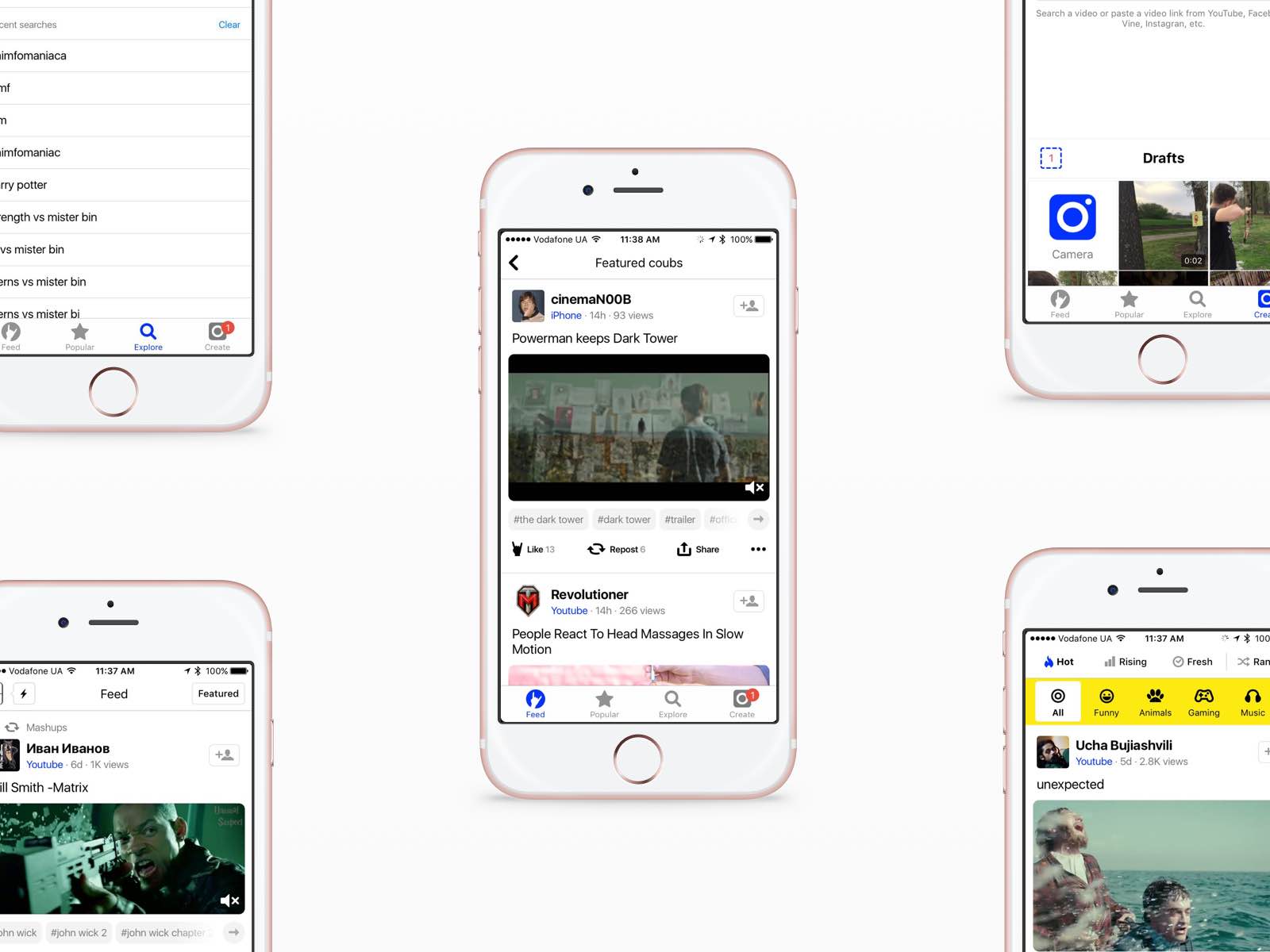 On the contrary, Android design is based on the principle of [Material](https://design.google.com/articles/design-is-never-done/ ), where user can see different levels of element’s placement; it makes it easier for the user to percept the interface, almost like this is a real-life object he’s interacting with.

Trying to put it all in a nutshell, there are several key-points that make a vast difference: 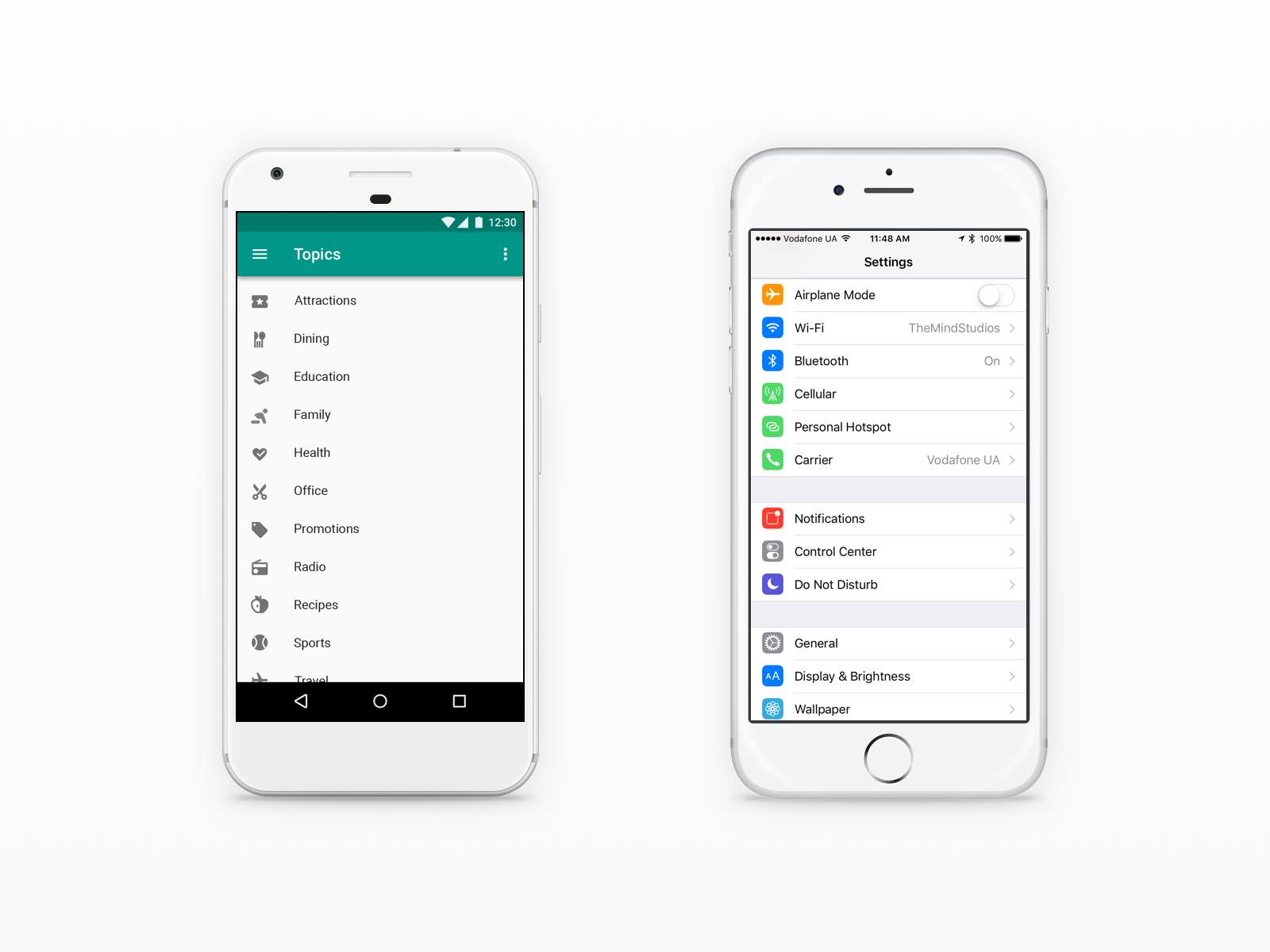 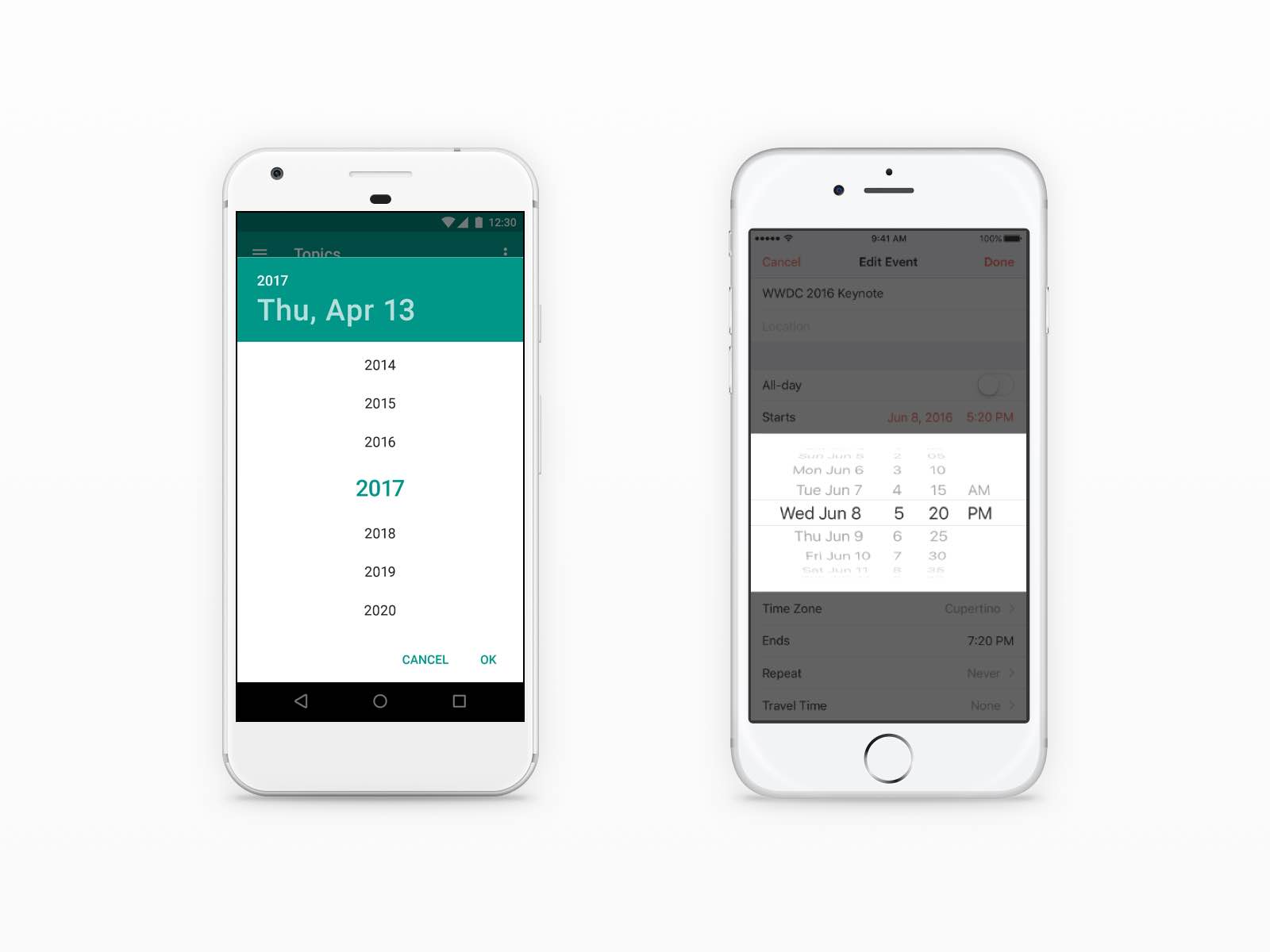 - Different icon for “share” option. A tiny, but huge peculiarity at the same time. 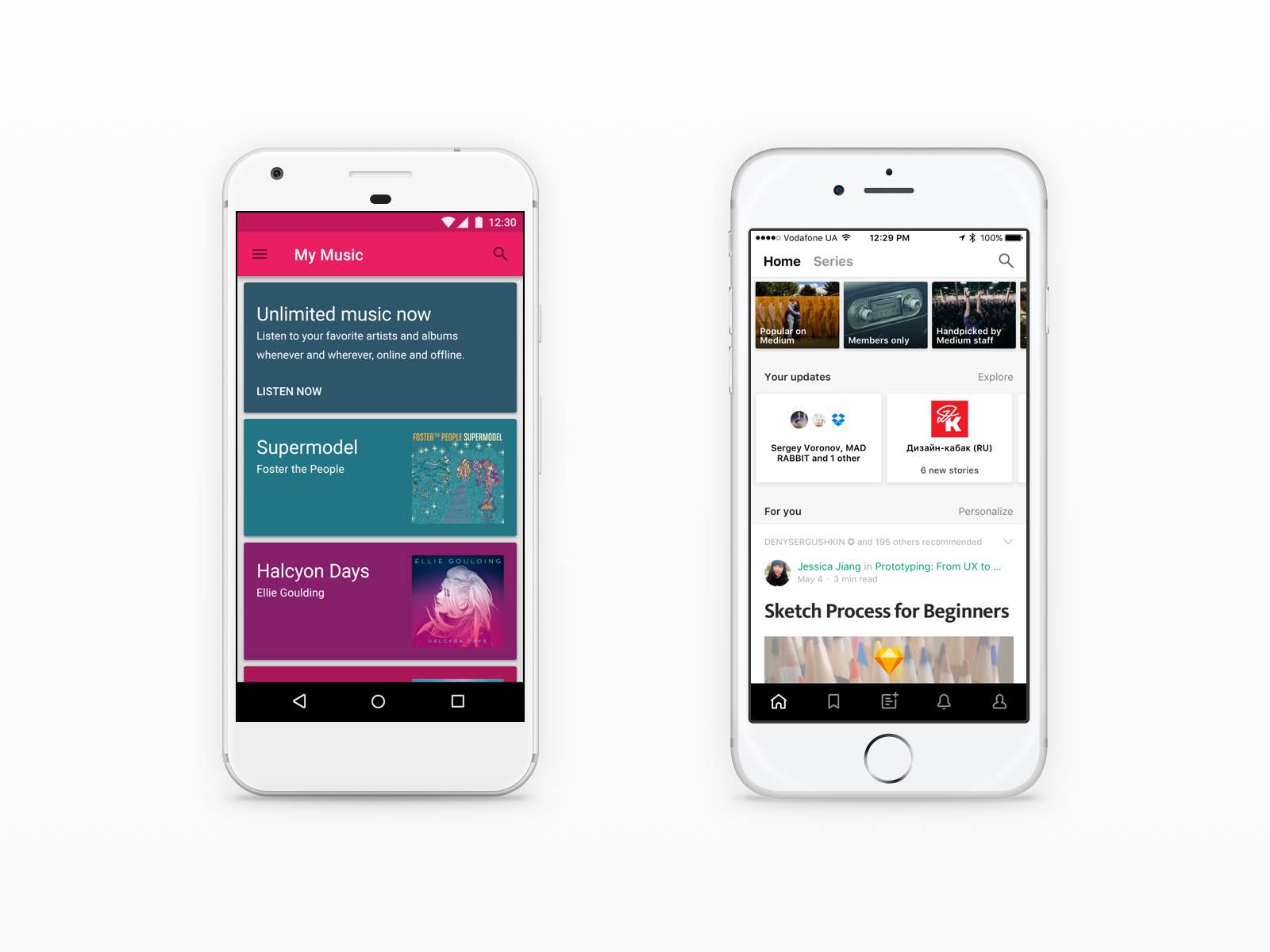 Besides, Google’s guidelines are irreversibly clear and unavoidable - there are rules you need to follow in order to submit your contribution to Google Play. With Apple’s guidelines the situation is a bit different - they show you the direction to take, but are pretty open for all the creative application concepts you decide to come up with. COnsequently, design can not really be ported to Android - but it can be re-created in compliance with all of the guidelines.

2.Market research. Though it is claimed by many that market research part could be “skipped”, we would suggest going through this procedure once again. The question of different iPhone and Android audiences has already been raised before by us, so the target audience of your app might also be slightly different. We would suggest investigating the matter once again.

3.Development. Again, the porting here is not simply a process of inserting the already-written lines of code into a different IDE as it is totally impossible to transfer the Swift-written code to Java. So development stage is about writing the whole application from scratch, so the total development time doesn’t get shorter; in fact, it might take even a bit longer if you take Android and the market fragmentation issue.

4.Testing. Quality assurance is something that goes on top of it all and is an insurance guarantee of a sort. Point out that during the porting process bugs may and will occur, so the regular 30% of all the time spent goes in for bug-fixing and assuring your service works everywhere as it was previously meant to.

Might be interesting for you: How to avoid App Store's rejection

The list of things to focus on does not end with all these mentioned above, as there yet are many others worth mentioning. The decision to take on a new market is always a risky one, as everything unexplored always is. When porting to a new operating system (to Android perhaps), a bit of consideration and experience can make an outstanding app experience for your new market. Additionally, with the strong expertise on board the risks could be minimized and the chances to generate more revenue are going to rise.