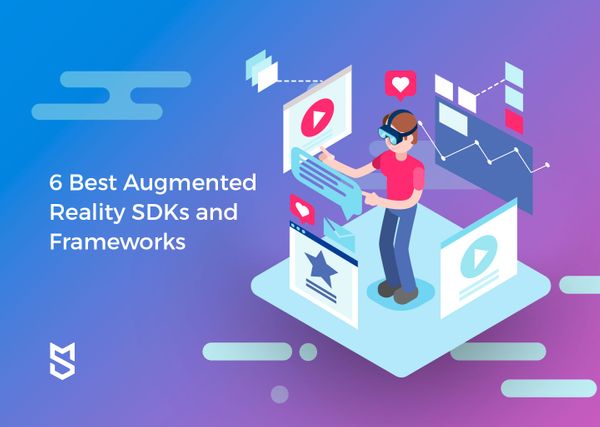 The future is here at our fingertips, but we need the right tools to build it.

Expanding on the topic raised in our previous article “5 Tips On How to Use Augmented Reality App For Your Business”, the power of augmented reality apps is not the one to be denied - as tech-savvy “freaks” of the century like Meron Gribetz (CEO and Founder at Meta, a company producing glasses for augmented reality) have their minds reeling with the possibilities of what we can do with the help of these technologies.

All of those minds have already come up with a few applications that have significantly changed the way plenty of things have worked for us. No monkey business - as you will be looking at a few examples-slogans presented below and showing how tightly those augmented perks have now intertwined with our reality.

This is the biggest breakthrough Google’s augmented reality game Ingress has done; according to Alan Henry, who has recently given an interview to LifeHacker, regarding the impact Ingress had on his life - Alan actually claimed Ingress has gotten him “out of the shell he used to live in”. Truly tho, Wiki mentions that even Niantic used the crowdsourced data from Ingress to populate the locations for PokéStops and gyms within Pokémon Go, as Ingress is a “a story-driven, real-world augmented reality game—which is short for “you install a game on your phone, and the game takes place in the real world so you have to get out of the house to play.” [Source: LifeHacker]

The main game’s feature is that it opens series of “portals” for the playing user, which are mainly located in the public “creativity” areas - museums, exhibitions, parks, etc. This not only lets user move around the town, but also allows players to explore the zones they would never visit otherwise. This video provides a full info on Ingress’ mission:

Or your room, or just a furniture shift within your house. The application Amikasa, allows you do it all - according to their official webpage, Amikasa is a “3D room designer tool that allows you to build, decorate and restyle rooms using furniture, flooring and wall colors from real brands.” Imagine what efforts would refurbishing your home require only a few years ago - and feel blessed to have Amikasa taking the stress out of the building works.

This feature was first introduced last year by the L’Oréal’s Make Up Genius - a 3D-model of your face where you can test any makeup combinations you’ve ever craved for. The app lets you apply every Loreal’s product and see how they look in real life - all of these without having to leave your apartment. Another successful implementation of the 3D face-recognition system is a newly-released Sephora Visual Artist , where the number of features is pretty much like in Make Up Genius - just the products’ you can apply are of a different brand. 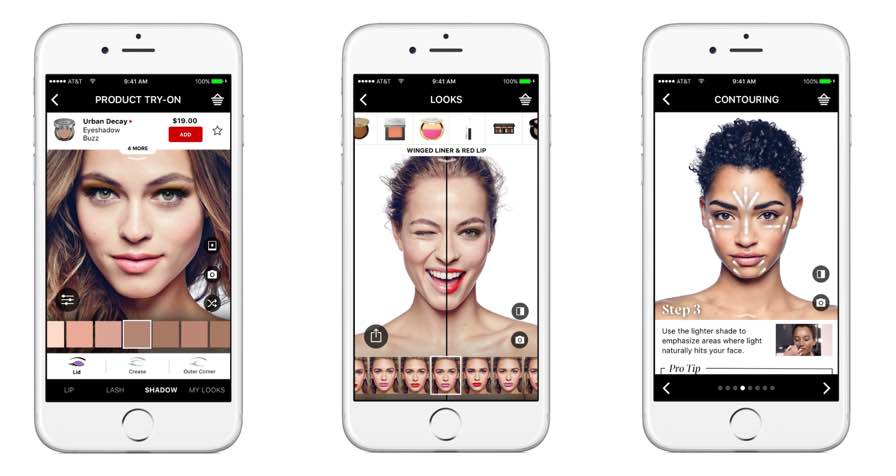 The list of the life-improving apps doesn’t end here, as these technologies are rapidly changing the way they and world function; however, there are a few primary categories all types of augmented-reality apps and frameworks could be classified on. Let’s cast a quick eye on them.

Once it recognizes the marker, it replaces it with a corresponding object.” In the case of previously mentioned apps, your face, each and every part of it is a “marker” app uses to apply various ready-to-wear make up combinations.

Another great example of face recognition augmented reality app is roaring-around-the-world Face App, which by using your face as the “marker” allows you to look younger, discover your “older self” or even change gender - quite a transformation to make!

There also is a subcategory called digit recognition apps - the ones where you scan the symbols (including nested symbols) in real time and let the app recognize it. The new Google Translate app (although it is not a “pure ar project”) has one potentially handy for translation feature - it can translate any text on the photo you take in real time. It already has more than 20 languages that it can easily recognize, and their number is only growing with every forthcoming update.

All of the mentioned above products were built with various augmented reality SDKs and ar frameworks, as each library lets you create a measured number of features but there are a few we have dutifully investigated; and made a brief report on each of them.

Overview: One of the handiest augmented reality development tools, that works quite fast and allows you to use object-based recognition with posters/ stickers; a plain example of this would happen once you level your device on a poster - there might appear an inbound link, an order confirmation, a payment verification etc.

Kudan recognizes objects by initializing their coordinates and adding a layer up on top of them, although this SDK doesn’t offer much for face detection - this augmented reality software does not include the physics needed for face transformations. Applications like Virtual Mustang for Ford and DHL Formula E Xperience were build with Kudan. Another feature Kudan is capable of processing is 2D&3D recognition, with the models created in 3D Max beforehand.

Who is it suitable for: as long as it is free for non-commercial “indie-projects”, Kudan could be much of service for the crowdfunding and startups focused on major augmented reality development kit. Also, Kudan has commercial Business and Enterprise licenses with extra functionality.

Overview: It is a widely-used open source augmented reality sdk, that enables a particular feature of computer vision.

Simple CV offers 3 types of computer vision to choose: threshold function, edges method and keypoints finding feature. Another advantage of this (one of the best AR SDKs insofar) is that it is not connected to any specific platform and supports Java, C++ and even Python.

Who is it suitable for: augmented reality development team, who have been looking for an easy tool to implement computer vision for images or videos coming from webcams, Kinects, FireWire and IP cameras, or mobile phones.

Overview:Same as Simple CV SDK, Wikipedia states that Vuforia uses computer vision to recognize and track planar images (Image Targets) and simple 3D objects, such as boxes, in real-time. You also get to grips with some additional features,
Including: 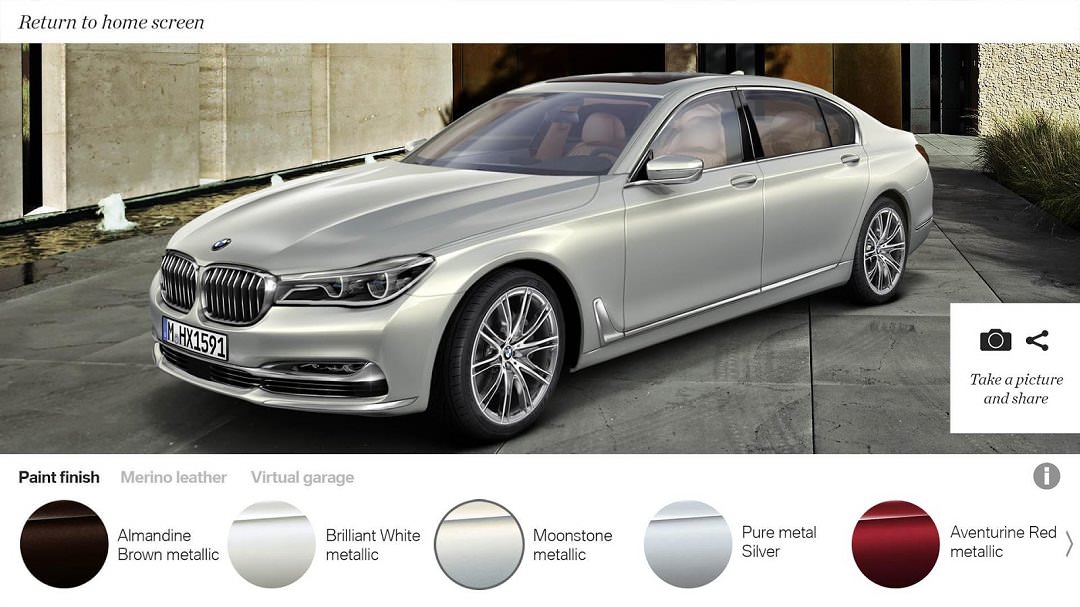 Image taken from BMW Individual 7 app on the App Store

Who is it suitable for: Again, with this augmented reality library it is suitable for developers worldwide who are interested in computer vision in-app integration.

Vuforia is available for free, but also has commerce versions which give the user access to advanced features:

Overview: According to the info on their site, Wikitude is an all-in-one included augmented reality framework for Android, as well as for iOS, which enables developers to use GEO data, create 3D object and implement image recognition. Apps like Time Magazine Special, ROOMLE and Wikitude Navigation were developed with Wikitude library. An average pack with all those features mentioned above costs 2990€, but it’s well-worth it’s price, with the scope of features it has included. Additionally, there are different commerce licenses on Wikitude for each type of user.

Who is it suitable for: somebody who is willing to invest into the development of the augmented reality application with a dime and dozen features that are not present in the open source libraries. It might seem a pricy option to have, but judging out of experience we have - turn-key solutions have proved to be time-saving and money-saving in a long run.

Wikitude was updated September 12, because of iOS 12 and Android 9 incoming. Wikitude SDK 8.1 has a number of new features like Instant and Extended Object tracking, better recognition for Object Targets, Increasing of tracking stability.

The famous Magic Book, 3D Live and ARCO have ARToolKit included into their source codes. However, before integrating it to your project you should become aware of the licensing policy ARToolKit gives an access to on their website - or on GitHub.

There is a dessert of this list. Apple has released their AR technology platform in WWDC 2017. It is a framework, that allows developers to create all the above-listed types AR applications. This new cutting-edge platform was designed to proved Augmented Reality development for Apple devices specifically. This technology is a novelty because it is able to take the corner illumination into account for correct integration of virtual objects in real life. 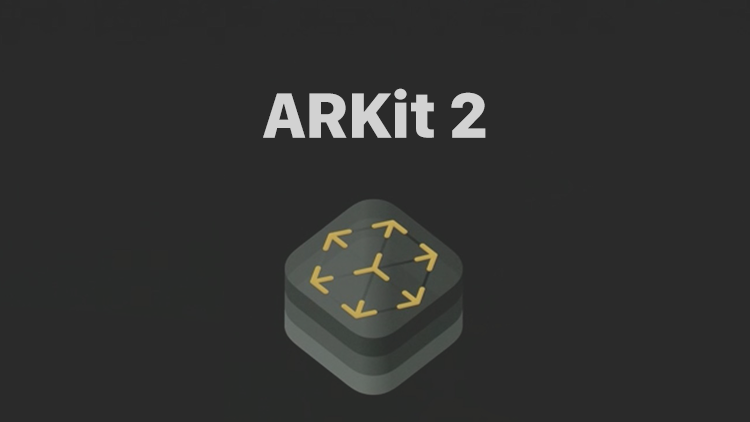 And last year, 2018, Apple introduced ARKit 2.0 that promises to be a revolution in the augmented reality field. There are some features that would be available in ARKit 2.

You are don’t need to use your iOS device for only single usage of AR experience. Now you are able to simultaneously view AR models and play multiplayer games. 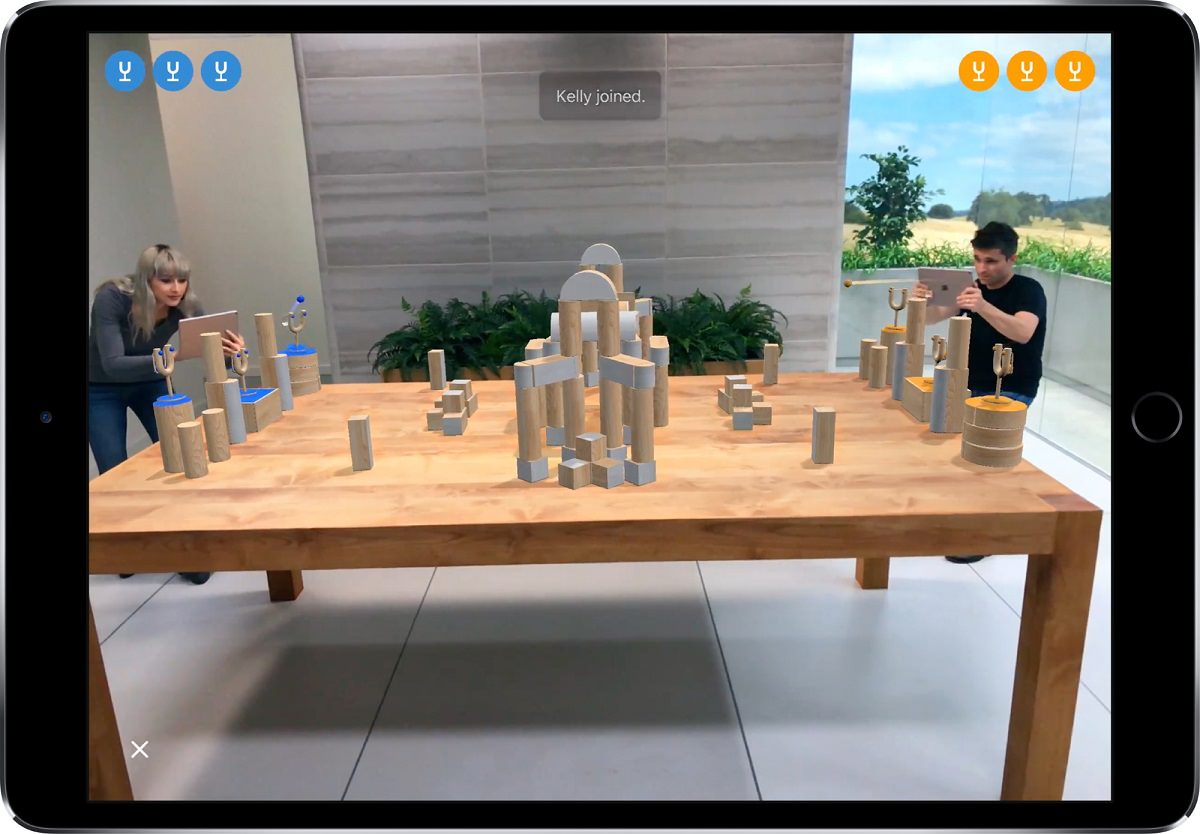 Now you can save your progress in AR projecting, pursue other things, and then continue your projecting without losing your progress. This can help you to do AR puzzles for example.

ARKit 1.5 added support for 2D image detection, letting you trigger an AR experience based on 2D images like posters, artwork, or signs. ARKit 2 extends this support to offer full 2D image tracking, so you can incorporate movable objects like product boxes or magazines into your AR experiences. ARKit 2 also adds the ability to detect known 3D objects like sculptures, toys, or furniture.
[Apple Developer]

Still Got Miles to Go.

We can conclude by comparing all these AR Platforms to understand the difference between them.

As you can see, Wikitude and ARKit lead the list of functionality. Vuforia takes the 3rd place. But you should notice, Vuforia is more multiplatform than ARKit, and this is also available for free in contrast with Wikitude.

As of 2018, Vuforia is the most popular Google request in compare with another AR platforms, according to Google Trends. ARKit runs a close second because it is a fresh platform, that allows developers to add the number of new features to the AR applications. 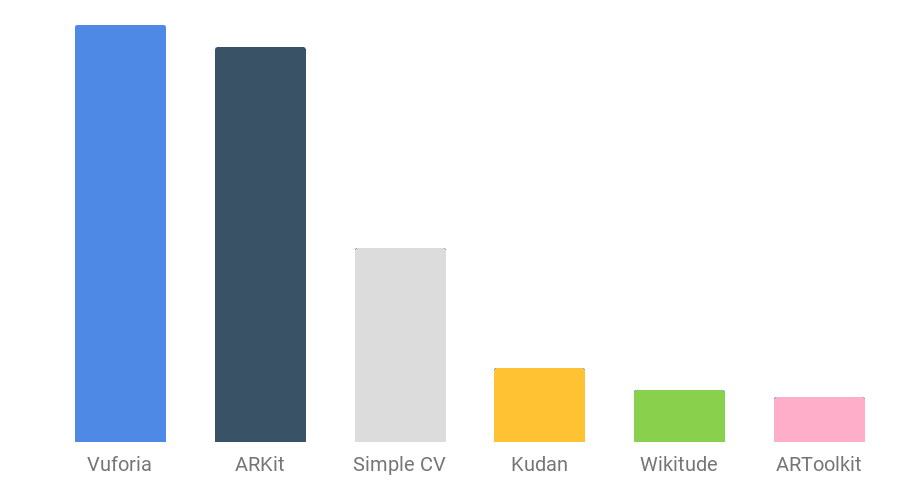 When it comes to future of the augmented reality - the best prediction is to not give any predictions at all. The only ever-lasting practices that could be applied here is to monitor the frameworks, libraries and tools which present your future application’s direction. You don’t need to move blindly in the AR technology field, so contact us and ask a question to get an answer from qualified experts.