18 years ago a movie called “Matrix” saw the world for the first time. Remember, back in the days, in the remote past, in the year of 1999, when you were gazing at a computer hacker Neo, learning from mysterious rebels about the true nature of his reality, would you dare to think Matrix (the most sophisticated simulated reality in cinema might turn in real one day? For better or worse, it is not the question of big importance at the moment - as it is already here. The Future. The Virtual Reality.

Apparently nothing new for your education - you have heard about this term a couple dozen times before, together with another word combination of “augmented reality”. But what are these two things and how huge is the difference between them? And if so, can you have an augmented reality app developed on your iPhone? And if yes again, how can you make it lucrative - so that augmented reality app development cost will not rip you off? This article is aimed to unscramble all of the questions mentioned above.

Read also: How to Make a Collaboration Platform Like Microsoft Teams 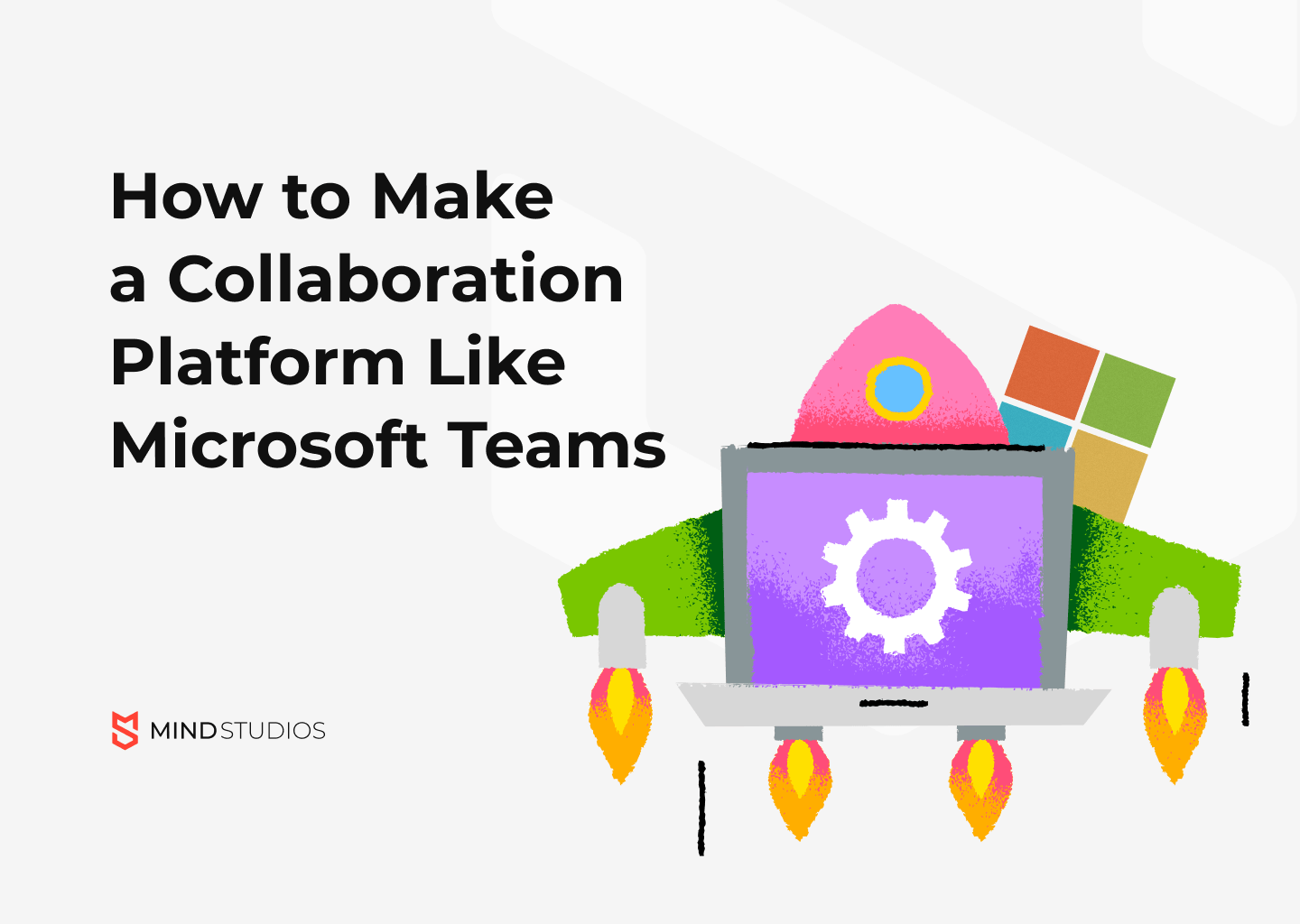 The main difference these two have among them on the marketplace is the amount of “unreal elements” each adds up to your world. Augmented reality is a “live direct or indirect view of a physical, real-world environment whose elements are augmented (or supplemented) by computer-generated sensory input such as sound, video, graphics or GPS data” as Wiki states. There are various examples of AR applications cause an immense boom on the market - Pokemon Go, Ingres, InkHunter and Google SkyMap are among the most popular ones. As you get from those examples, while using an augmented reality app you see the real world, but with a bit of virtual embeddings. On the contrary, nothing is real when it comes to virtual reality. Augment gives a pretty descriptive definition of virtual reality - it is an artificial, computer-generated simulation or recreation of a real life environment or situation. A clear example of VR is InCell, where you get to rush inside the human body outrunning the virus cells wave.

Also, Milgram’s reality-virtuality continuum explains a difference with a one simple graph:

Hereafter, virtual reality does not coexist with an actual reality as it’s concept is 100% imagined one; whereas augmented reality does. But which type is better - augmented reality development or virtual one if you’d like to make it profitable? Statista’s data suggests that in the year of 2016, AR development helped business owners earn 5.2 millions US dollars. This amount is prognosed to grow dramatically till the year of 2020: 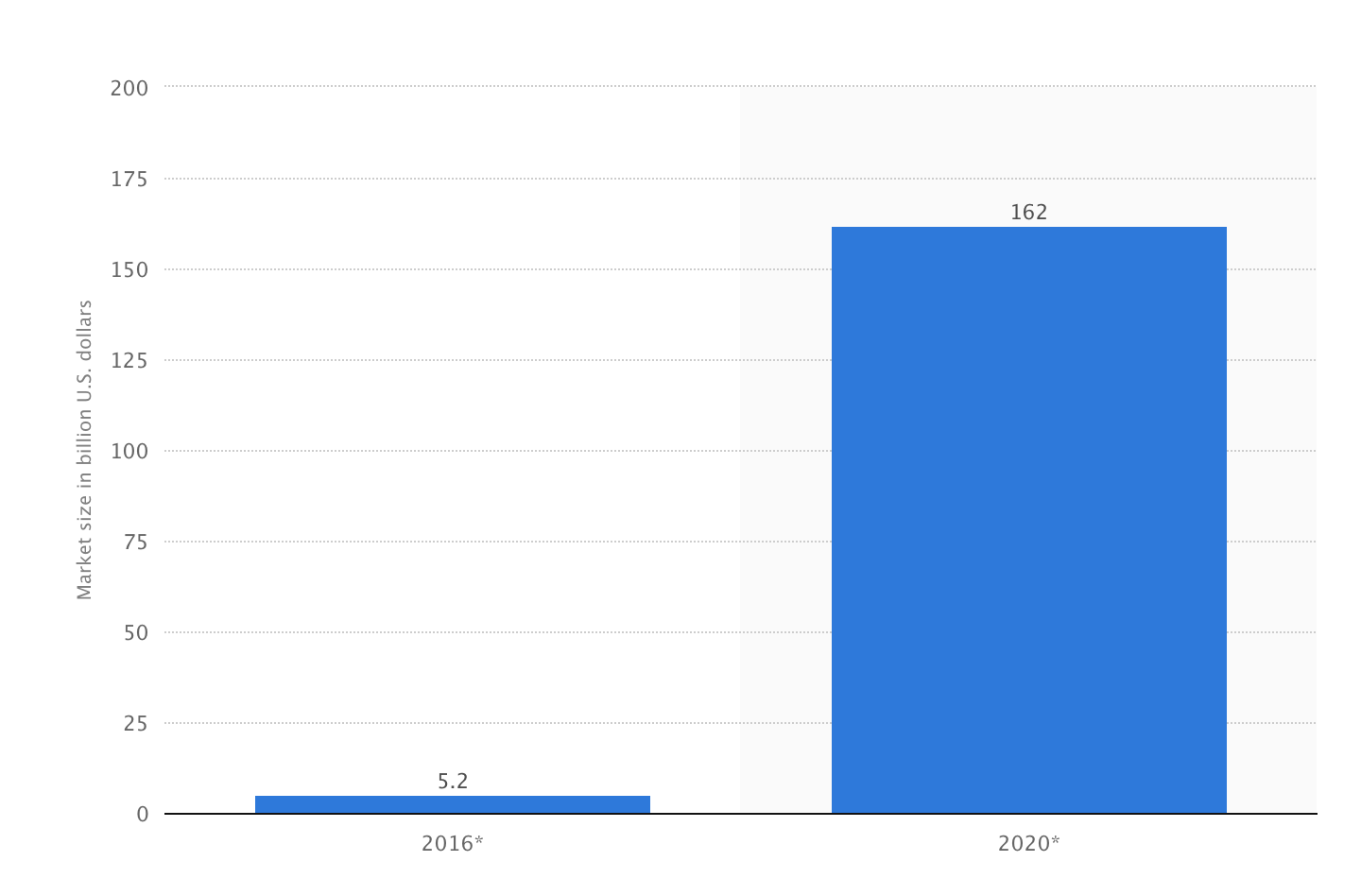 The same thing is predicted to happen to the markets of both VR and AR globally - from 97 millions the amount of revenue earned from sensors is going to turn 160 by 2020.

So once the question is whether to invest into developing augmented reality android or iOS application - numbers speak loud and clear for themselves; how to make them work for yourself though?

One Reality - 2 Ways to Augment It.

Briefly, as an AR development company apps can be divided into 2 blocks: analysis and editing. What do these two mean?

The first one, analysis of surroundings is a model that allows to build up models in real time, using a so-called Open Computer Vision library (Open CV), which application areas include 2D and 3D models, facial recognition system, gesture recognition and many more.

More to this, the second model AR applications are normally built on is Open Graphics Library (Open GL), where this API interacts with a graphics processing unit, creating its shots for the videostream. Both these library services work with graphics, but Open CV creates pictures, and Open GL processes them.

For a virtual reality another great tech example to mention is Google VR, where users get to work with 3D images, creating VR-environment for a Google's headset. Also, there is a specific SDK augmented reality developers use for AR package. Among the most popular AR SDKs are:

Obviously enough, all of these sets of software development tools have their ups and downs, but if you feel like it is impossible to pick one of them out - please feel free to approach us, our resourceful developement team will be delighted to consult!

Cost to Develop an AR App.

Despite the fact that we would love to put a price tag on the AR project, the cost of application where the virtual elements are involved can be really resilient. The estimates would depend diverse factors, including:

Giving it a rough estimate, we’d say an MVP for a basic one-platform augmented-reality-app would start at 20k $ minimum; the more of 3 mentioned before factors - the higher the project’s value is.

You are most welcome to request a free cost of your project here.

A Few Augmented Reality Apps Monetization Ideas For Your Business.

There surely are leaders in the industry of AR, who are already making money in this relatively new field. There are advantages you can learn from them to bring to your industry.

Back in 2009, when the Geo-location services were unheard of, Yelp has already been using it - and these days, Yelp Monocle conveniently uses your smartphone’s GPS and compass to display AR markers(augmented business cards) for nearby restaurants, bars, and other businesses in real time, the service’s user-generated ratings and reviews also tied up to this information.

Things to consider for your AR app:

AR makers can be anything - so a certain range of places can be located within your app, the ones you would like to enlist there, and this can be a great monetization model.

WIth the Power Search this application offers once you switch on your camera in a particular area, WIkitude gives you all the geographical info that might be of use for your traveling; not only the routes to the world-famous landmarks, but also the directions to the nearest ATM. shops, hotels, etc.

Things to consider for your business:

Wikitude sells spots on the map for the local businesses to promote in a form of augmented business cards or videos, which also happens to be an excellent business model to consider.

In its turn, SnapShot is in many ways similar to Ikea Catalog - with the only difference being that in Showroom you are not restricted to choose household appliances of one brand only. Similar to Ikea though, iPhone (and Android users of course) can place furniture, resize it, reposition it in the virtual environments, and change patterns and color combinations until they find the right fit for their home.

Things to consider for your AR app:

Apart from different furniture manufactures having their products listed in SnapShot Showroom, the pieces of furniture can also be purchased via application directly (remember the in-app purchases monetization model?), which is a beneficial option for both - furniture manufacturer and you as an app owner.

4. Snapchat - for an amazing monetization hint.

The Snapchat’s feature that is causing loads of hustle in mass media during the last 2 years or so is called “Snap Lenses”, and using the facial recognition algorithms it overlays your face with cute filters, and reacts with awesomely animated graphics when you raise your eyebrows or open your mouth. The simplest of all the AR approaches (as face is the easiest part of the body to recognize, it has 2 spots - black and white ones, that work for recognition) turned out to be the most successful - as youngsters worldwide love it.

Read more about How to Develop a Chat App Like SnapChat?

Things to consider for your business:

It would have been thoughtless of Snapchat not to monetize Lenses - so now you can get premium ones for 0,99 $ each, and brands can sell their custom-made stickers to be in Snap Lenses for 24 hours. The prices are seemingly high - from 10 and up to 75k $ for just one day! So if you are looking to develop an app with some Snapchat-like features - here is a great hint to use. 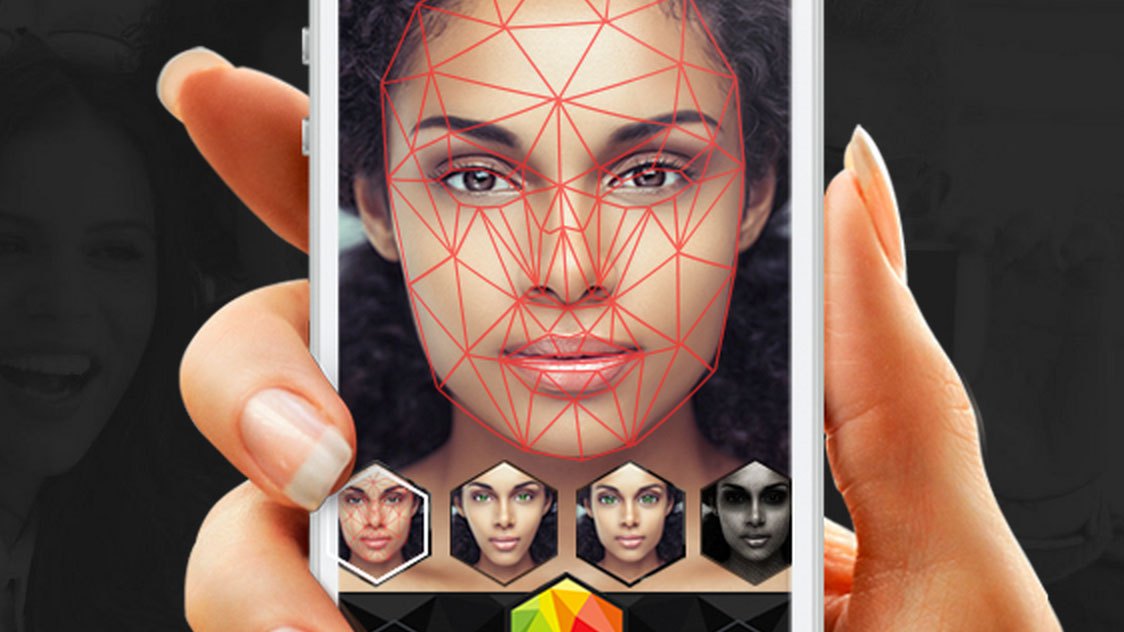 5. Originality is the answer.

Despite media claiming the fields of AR and VR to stay unexplored yet, there already are apps that benefit from augmented reality development. Therefore, once you are willing to invest for the cost to develop an AR app, the idea behind it has to be as creative & futuristic as ever, to bring the results every business owner hopes for.