Everybody goes traveling these days. We might take to the skies for a business trip to New York or perhaps a shopping tour in Milan, but whatever our reasons, it is hardly possible to imagine one’s life without these voyages. So when travelling, have you ever had the feeling that there's so much to see in, but so little time?

This is how our client felt when he first approached us. The idea seemed to be resounding in his head - how can you fit as many sights as possible into a mere two hours? How do you ensure that shopping fans get their malls, and gourmets get to dine in the best cafes the city has to offer? How do you calculate the amount of time you’re willing to spend wandering through an ancient castle’s ruins?
Therefore, the client’s thinking was “once you get into a new city and your spare time is limited knowing the things you’d like to see in advance would be just awesome.” Basically, this was the spark that led the Mind Studios team to change things.

After several cycles of market and tech research were conducted, the TapToTrip pattern was finally born. Through TapToTrip we were able to provide the largest-on-the-market amount of info and features according to the interests of every single customer. The app’s main purpose was to give everyone what they wanted - the shopping fans would get the spending spree route with all the lush malls included; and the lovers of architecture would get a sightseeing tour according to the architectural style they fancied the most. In addition, the points on the user’s route would be selected according to the amount of time he/she had to spend in the city, giving the duration and distance of the trip first. 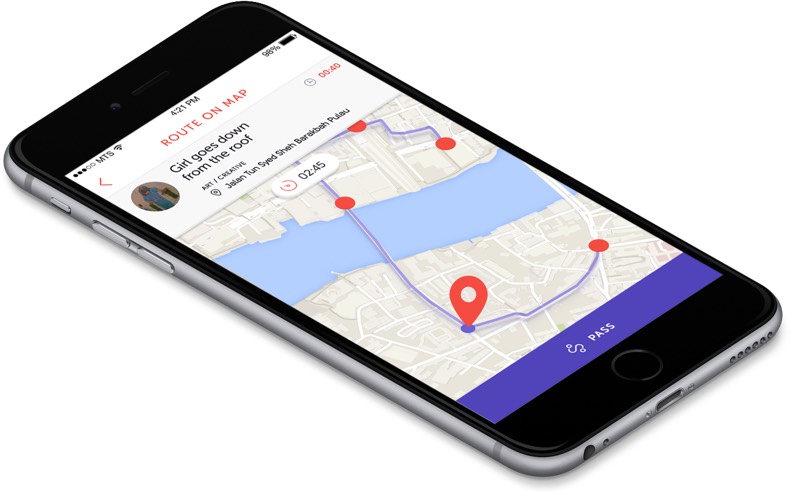 The issue that TapToTrip solved was the need to download the routes of the city you're visiting in advance - this function meant that there would be no need to look for a wi-fi connection in an unfamiliar country. The technology our mobile teams covered was MapBox, in order to allow users to track their location once they enter into sight radius. Later on, it also notifies you if you’re running late on your route.

The usage of Core Location for iOS, and, accordingly, Google fused location API for Android enables to track the person’s location on the map even when offline. We have also added Core Data for routes storage. And another feature was Polyline - Google API for Android that allowed our developers to create route by drawing a line between consecutive points, which appropriately were destinations on the geo area.

There are two main maps services which are widely-known worldwide. Both of them have their pros and cons, but in TapToTrip’s case we decided to stick with Map Box.

MapBox and Google Maps are similar in many ways, but the most acute difference is the way these services allow users to look at the map. Google Maps shows the map, and no matter how big the area is - it still counts as one view. An average user can get 2500 views for free. In contrast, when we switch to Map Box and select the area on the map, - it calculates the amount of tiles this area takes up. There is a 50 000 free-of-charge tiles package that Map Box offers to an ordinary user.

The crucial argument “for” the Map Box solutions was it’s opportunities for cache. MapBox sends a request to the server through the SDK, which provides the user with tiles of any size. During the beta-testing period our development team tried to cache the whole world - and within the size of 350 GB it became possible. Correspondingly, Google Maps does have the same cache files process, with one subtle difference - it lets you zoom into the set area, not a single pixel more. Therefore, the zone given is way too small even for a whole town look, which was not enough for TapToTrip. 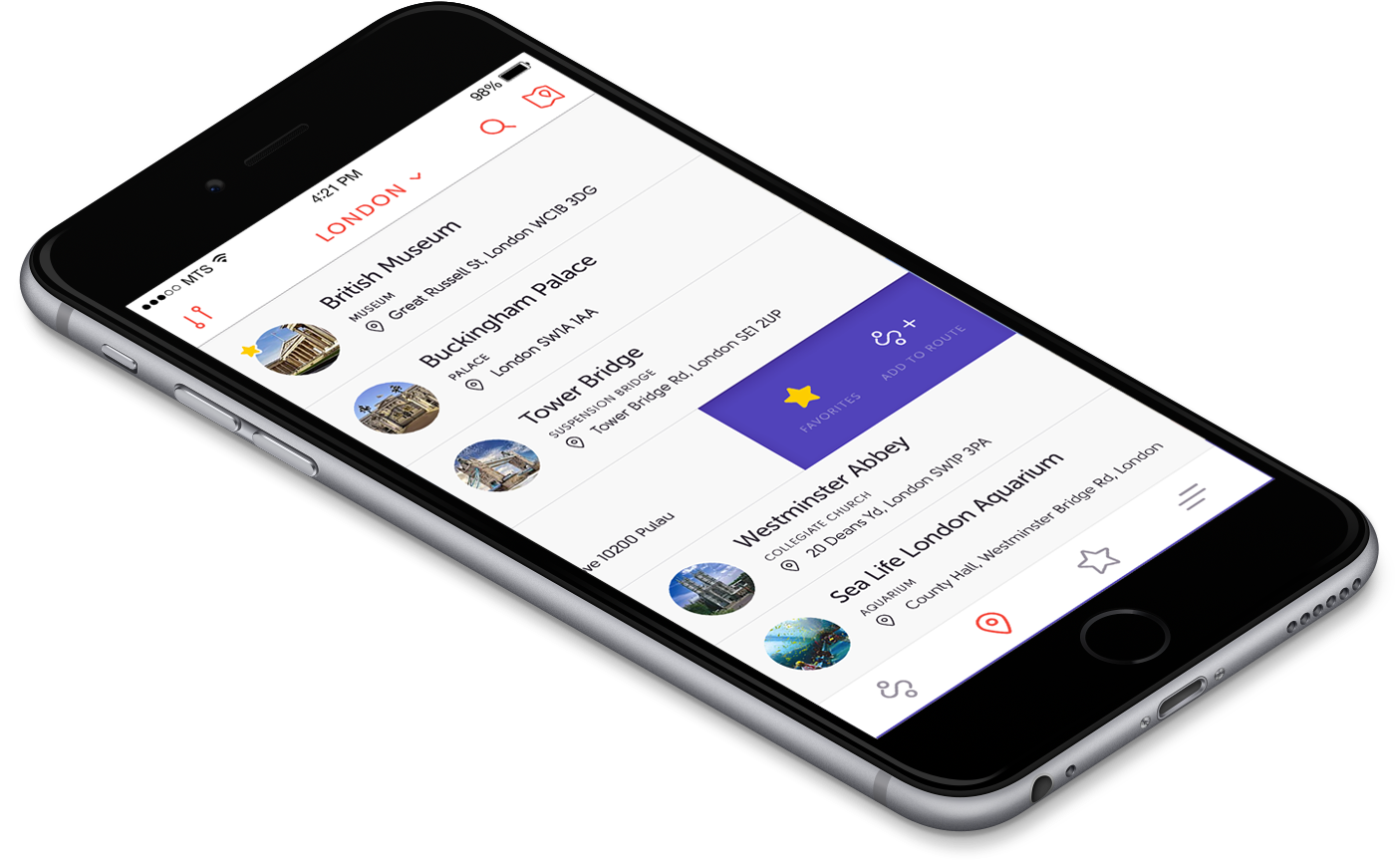 This sort of technology can affect the phone’s battery life in a deadly way, and this was the issue we discovered during the beta-testing of the newly released TapToTrip. Thereafter, the optimized battery charge was achieved before the product was fully introduced to the market.

An important aspect of TapToTrip's performance was its clear and decluttered design, which was created according to the guidelines we approved while researching the market. 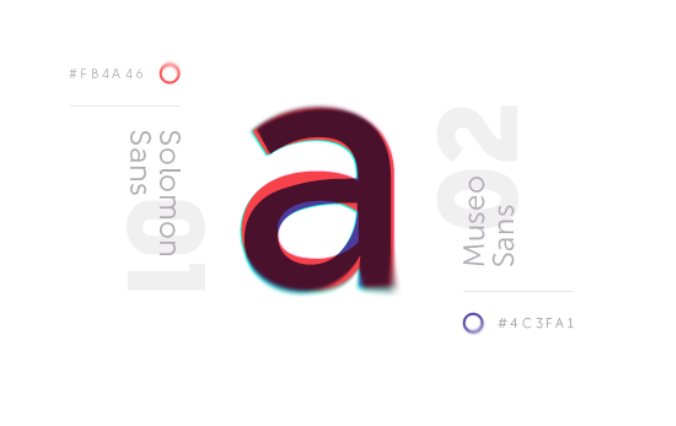 The great thing was that our client realised the importance of a good marketing campaign.

As marketing is a tool that every new application success depends upon, the PR unit recommended we develop our marketing as well. As a result, our customer decided to invest in TTT’s promotion. In many ways it were the efforts of the marketing team and content writing unit that made TapToTrip so successful right from the get-go. The exceptional content written exclusively for the TTT blog, the mind-blowing images and the creative attitude towards the logo and branding were the key - points upon which the group concentrated.

Four months of labor brought about several accomplishments, including:

A good deal of positive feedback stands for its success on both Google Play and AppStore:

Where design and adventure came together.

TapToTrip is the result of carefully drawn design and functional software overall. The discrete filters system and various auto layouts have created the atmosphere we were looking for - with a minimalistic approach, dazzling visuals and the simplicity of usage. Do not take my word or it, go and try Tap to Trip for free!

Take a closer look to the design of TapToTrip app on [Behance](https://www.behance.net/gallery/33586011/TAP-TO-TRIP-iOS-Android-App" target="_blank).
[